b. 9 September 1737, d. 13 December 1820
Bowman references the other Benajah, son of Judah and Hannah Buttolph, without saying anything else about the relationship of the two Benajahs.

Benajah served in the American Revolution under three enlistments: 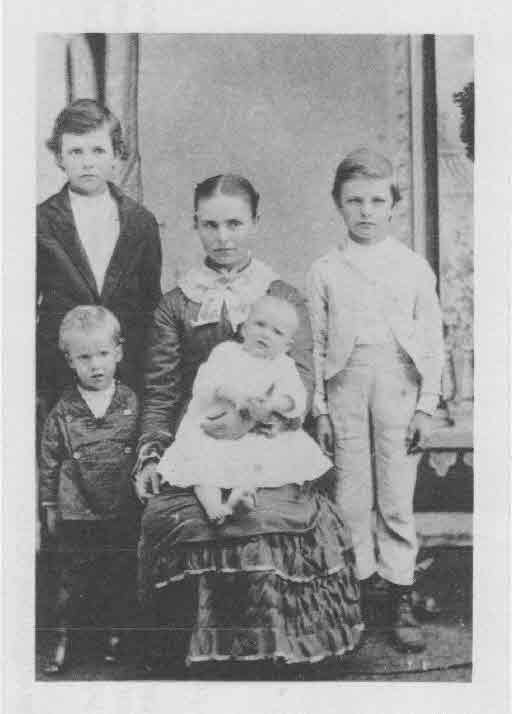 b. 1843, d. 6 May 1915
John Glover Sandy was born in 1843 at OH. He married Susan Emma Holcombe, daughter of Charles Timothy Holcombe and Cecilia Ellen Wonsetler. John Glover Sandy died on 6 May 1915 at Albuquerque, Bernalillo Co., NM.

b. 5 June 1870
James Earnest Holcombe was born on 5 June 1870. He was the son of Charles Timothy Holcombe and Cecilia Ellen Wonsetler.

Children of Lillie A. Holcombe and Alton H. Blair

Children of Alton H. Blair and Lillie A. Holcombe

"It is interesting to speculate about who John Case was on the basis of what we know. Although there is no age recorded anywhere for John, it is likely that he was not much older than Sarah, who was born in Boston in 1635, and that he was a resident of Hartford during the time prior to his marriage. It also seems probable that he came from a good family for it is unlikely that he would have had the opportunity to know Sarah, much less marry her, if he himself did not have a comparable background. Most parents in early New England were very careful about their daughters associations and it was generally necessary for a young man to secure the permission of a girl's parents prior to courting her. This concept was firmly embodied in New england law, which made it a crime punishable by a fine for a young man to see a girl without first obtaining her parents' consent. It is also apparent that John had traveled widely in southern New England and had either lived at or visited both Maspeth Kills, near Brooklyn on Long Island, and Hartford, Connecticut, by 1656." - Charles Case

He resided in Windsor until spring of 1669, when he settled at Weatogue (Simsbury). His house in Windsor, (probably build by a former owner) was on the corner of Mill highway and Bloomfield Ave; lot ext. on ave. about 33 rods an d14 on Mill road. His lot "whereon his house standeth" had not been recorded before 1669. "It was first gn. to Benj. Newberry, now Captain, and hath been possessed by several men before." He sold his house and lot and shop to Nath. Cook, 1689. He was the first constable of Massacoe (now Simsbury) CT, in 1669 and represented the town several times at General Court.

John's will named his wife, Elizabeth, six sons and four daughters. Samuel Spencer of Hartford and John Case, his son, were executors.

The Alderman Genealogy is more specific about John's early years: "John sailed from Gravesend, England, on September 3, 1635, on the ship Dorset and landed at Newport, R.I., but settled in Windsor, Conn. He was a farmer and owner of large acreages of land. He spend some years in Newton on Long Island, but in 1656 he returned to Connecticut and 1667 settled in Simsbury, formerly known as Masaco."

Sarah was a great-granddaughter of Thomas Holcombe , the immigrant.

Mary Beaman was born on 2 April 1698. She was the daughter of Samuel Beaman and Margaret Chapman. Mary Beaman married Capt. Jonathan Case, son of John Case and Sarah Holcombe, on 10 May 1721.

William had been at Cambridge in 1631, and was a representative in 1634-5. He was one of the first settlers of Hartford, Conn., and in 1639, a selectman of that Town. He was one of the deputies in the General Court in 1639, and appointed with Mr. Wyllis, and Mr. Webster to prepare the first revisal of the laws in that year.

William and his brothers Thomas, Michael and Gerard emigrated to New England in the Winthrop Fleet. In 1632 William is recorded as being an inhabitant of New Town, afterwards Cambridge, Massachusetts. On 4 March he took the freeman's oath. William was a Depuity to the General Court of Massachusetts from 1634 until 1637. He was a member of the committee formed to frame a body of fundamental laws for the Colony of Massachusetts. In March 1636 William was appointed Lieutenant of the Millitary Companyof New Town. On 13 March he was fouinder of the Ancient and Honorable Artillery Company of Boston.2 William Spencer, Gent. appeared fourth on the charter granted by the General Court of Massachusetts. William moved to Hartford, Connecticut where his brother, Thomas Spencer, had settled. He became town Clerk in 1639 and at a general meeting of the whole town, on 23 December 1639, there was chosen to order the affairs of the town for one year, William Westwood, William Spencer, Nathaniel Ward and John Moody. He was an early member of the First Church. His name appears on the Founders Monument. William was a representative to the General Court of Connecticut in 1639 and 1640. William Spencer's will was dated 4 March 1640/1.3 He mentions his wife, son Samuel, and daughters Sarah and Elizabeth. He appointed John Pratt, John Talcott and Matthew Lane overseers of his estate. In the inventory of his estate there is mentioned land yet remaining at Concord on the Bay. This was probably part of the grant of 300 acres beyond the Alewife River made him by the General Court of Massachusetts in 1638. William's will also profided that two-thirds of any estate in England and Massachusetts, due his wife, be used for their children's welfare. 4

Children of Mary A. Chesnut and Timothy Holcombe II

Timothy and Mary were enumerated in the 1850 Western District, Nicholas Co., VA, federal census. He was 69, she was 71. There was no one else in the household.

There appear to be few credible sources on Timothy II and his family. He is listed as a place-holder for later generations that are better documented.

Children of Timothy Holcombe II and Mary A. Chesnut