Just before the Civil War, two Shields families took root in Clayton County, one black, one white.
Both came from the same household.
On Tuesday those two families met, some for the first time, in the village of Rex, a community that suddenly finds itself on the national map.
Amid tents and banners, heralded by speeches from local politicians and songs from a gospel band, hundreds of participants and onlookers gathered to hoist umbrellas against the blazing sun and to honor the most unlikely of heroines.
Her name was Melvinia and she was a slave. At 8 years old, she was given to the Shields family by their in-laws, and sent to Georgia from her home in South Carolina.
As a teenager, she would have a baby by the adult son of her owner. That baby, Dolphus Shields, would eventually have a great-great-granddaughter named Michelle Obama, who would find herself at the most prominent address in the country.
Two motifs surged through Tuesday's events, during which a marker honoring Melvinia was dedicated near the historic gristmill in the center of town. One was a hymn to the possibility of triumph rising out of adversity: A story that began in slaves' quarters in Rex and led to the White House.
The other was a theme of reconciliation between black and white, on a day when the two races literally found themselves in the same family.
"It was amazing," said Melvinia's great-grandson, David Applin, 64, of Kingston. The African-American man met some of his white relatives for the first time at the gathering. "There were tears in my eyes."
Applin's distant cousin Jarrod Shields, a white man from Boaz, Ala., came with his parents Melvin and Frances. He pronounced the event "awesome. I'm proud to be part of this family."
Clayton County Commission Chairman Eldrin Bell drew "amens" from the audience when he said, "Although we have tragedies in our past, and that's an immutable fact, we must learn from it, not to make us bitter, but better." Bell then quoted from another Georgia native, saying, "I have a dream that one day on the red hills of Georgia, the sons of former slaves and the sons of former slave owners will be able to sit down together at the table of brotherhood."
Not that the celebration was unflawed. The news that President Barack Obama was in Atlanta on Tuesday led many to believe that Michelle Obama might attend the event. Discovering that would not happen, two women could be heard grumbling as they rose to leave. "I'm not sitting here to listen to politicians," said one.
On a hill above the site of Melvinia's obelisk, Randy Hewell sat on his riding lawnmower in lone silent protest, flying a Rebel flag, a pistol on his hip.
Despite this, the afternoon was peaceful. After the unveiling, and a gathering of black and white Shields descendants for a family photo, members of the group repaired to the regional branch of the National Archives in nearby Morrow, where author Rachel Swarns signed copies of the book "American Tapestry: The Story of the Black, White, and Multiracial Ancestors of Michelle Obama."
Professional genealogist Megan Smolenyak uncovered the connection between Melvinia and Michelle Obama in 2009. Swarns wrote about it for The New York Times, then convinced members of the black and white sides of the Shields family to take DNA tests, which indicated that Charles Marion Shields was Dolphus' father.
Charles went on to marry and have white children, and the 1870 census showed Melvinia and Dolphus still living next door to Charles and his wife, Zipporah. That proximity served as a balm to Sherry George, a white Shields descendant, who was "appalled" to discover that her family owned slaves, but was pleased to discover that Dolphus ran a thriving shop after he moved to Alabama. Photographs show Dolphus as a light-skinned black man in a suit and tie, his unsmiling face determined, his well-dressed family around him.
"Dolphus was a successful businessman in Birmingham and he was literate," said George, 60, who lives near Baxley. "I like to think they helped him. I hope that some good came out of the slavery situation."
The likelihood that the relationship between Charles and Melvinia was not consensual also darkened the day's festivities. "I'm proud to say Michelle Obama is in the same lineage," said Lisa Tribble of Woodstock, whose mother, Joan Tribble, was one of the first white Shields descendants to speak to Swarns. "But I know the way they were back in the day," Lisa added. "I'm not proud to say my family were slave owners, and if there was rape going on, I'm sincerely not proud to say there's a direct link with that."
In a development that seems to bring the story full circle, Lisa Tribble has two biracial children, Aaron, 18, and Taylor, 11. Aaron, an imposing 6-and-a-half-foot man with a teakwood complexion, sat by his grandmother during the ceremony.
Having just returned from a mission trip rebuilding a predominantly white Alabama church destroyed by a tornado, Aaron said concerns about black and white are increasingly irrelevant. "The past is the past, it is what it is. If our roots are tied together, it's not a huge surprise," he said. "Everybody somewhere down the line is connected to someone famous."
Later in life, Melvinia moved to Kingston in North Georgia and acquired the last name McGruder. She lived into her 90s, raising many children, including a grandson, Emory Adolphus Applin, after her daughter Laura died unexpectedly.
Emory, like Dolphus, never stopped striving, working as a barber, a porter with the railroad, a landscaper and a gravedigger.
He contracted throat cancer in middle age, and couldn't speak after surgery, but would write out his conversations. When he got excited, his fingers would fly.
"If he was here right now," said his son David Applin, looking at the granite marker honoring Melvinia, "he'd be writing like the Dickens."

E. Lyman Holcombe was the son of John Holcombe and Rachel Wright.1

From the Indianapolis Star, 2 November 2009:

Virginia Ann McDowell 81, of Indianapolis, departed this life October 30, 2009. Virginia was born June 15, 1928 in Shelby County, IN to Ira and Thelma Firsich.

She had worked for Indiana Bell and Bishop Chatard High School. Virginia was a willing and dedicated volunteer at Christ the King Catholic Church for over forty years where she had served as a Eucharistic Minister and Sacristy Attendant. She was a loving and dedicated wife, mother and grandmother and enjoyed gardening, cooking and bird watching.

Funeral services for Virginia will begin at 9:30 AM Wednesday, November 4, 2009 in Feeney-Hornak Keystone Mortuary followed by Mass of Christian Burial at 10:00 AM in Christ the King Catholic Church. Visitation will be from 4 – 8 PM Tuesday, November 3rd in the mortuary. Interment Oaklawn Memorial Gardens. Memorial contributions may be made in her name to Bishop Chatard High School or to Christ the King Catholic Church.

Remembrance was sent in Nov. 1776 under Capt. Beebe of Litchfield, to re-enforce the garrison of Fort Washington on the Hudson, and on the surrender of that fort became a British prisoner. On the 27th of Dec. he was exchanged, but died on his way home. 2 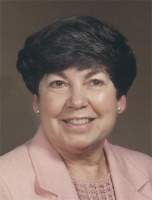 Lois was a graduate of St. Mary's School of Nursing and active in their Alumni Association. She married her husband, Thomas, in Kansas City where he was stationed in the Navy. While there, she worked as an RN at Jewish Hospital. They returned to Evansville where she worked as an RN at St. Mary's Hospital. She later worked as a public health nurse and for private practice physicians. She was an active supporter of the Democratic Party. She and Tom were charter members of Holy Rosary Catholic Church and members of the Chancel Choir for many years. Lois was a past CCD instructor and held offices with the Evansville Deanery and National Council of Catholic Women. Lois was a founding member of the Coterie Club and Friday Night Dance Club. She lived life fully and loved her family and many friends.
She is survived by her daughter, Mary Martha McDowell and husband, John, of Zionsville, Ind; son Thomas J. Mooney III and friend, Debra Cordell, of Evansville; grandchildren, Christina Polen of Evansville, Thomas J. Mooney IV and wife, Jenifer, of Evansville, Jonathan McDowell and wife, Danielle, of Indianapolis and Maggie McDowell of Atlanta, Ga; great-grandchildren, Hannah and Nicholas Polen and Jacob and Ryan Mooney; sisters-in-law, Catherine Macmillan, Iris Whitman and Helen Mooney. Lois had 28 god children and several great god children.
Lois was preceded in death by her husband of 60 years, Tom, in 2005.
Visitation will be held on Thursday, November 5, from 3 to 8 p.m. at Ziemer Funeral Home East Chapel, 800 S. Hebron Avenue, and on Friday, November 6, from 9:30 to 10 a.m. at Holy Rosary Catholic Church. There will be a memorial service at 7 p.m. on Thursday at the funeral home.
Services will be at 10 a.m. on Friday, November 6, at Holy Rosary Catholic Church. Burial will be in St. Joseph Catholic Cemetery.