Helaman Pratt was born on 31 May 1846 at in a covered wagon during a one-hour stopover on the trail, near Mt. Pisgah, IA.1 He was the son of Parley Parker Pratt and Mary Wood.1 Helaman Pratt married Anna Johanna Dorothy Wilcken on 20 April 1874 at Salt Lake City, Salt Lake Co., UT.1 Helaman Pratt died on 26 November 1909 at Colonia Dublan, Galeana, Chihuahua, Mexico, at age 63.1

Child of John Bunch I

John was one of the fewer than one hundred African men who resided in Virginia before 1640 . . 1 He was an indentured servant of Hugh Gwyn but he and two other men fled for freedom but were captured in Maryland and returned. As his punishment he became the first slave in America.

Child of John Prosser and Ellenor (?) 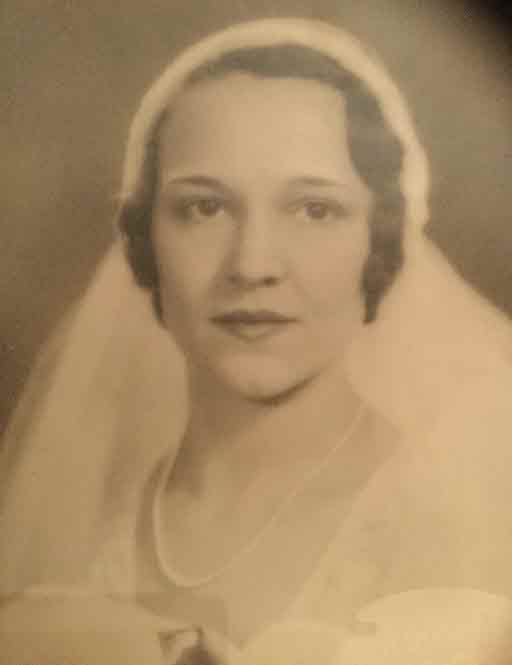 Funeral services for Mrs. Margaret McKinney, leader in civic, charitable and social events and the first woman president of the "500" Festival, will be held at 10 a. am. Saturday at St. Luke's Catholic Church. Burial will be at Calvary Cemetery.

She was credited with helping boot the "500" Festival into the colorful extravaganza that now attracts thousands to Indiana before the 500-Mile Race.

She underwent surgery for removal of a lung in early March, 1967.

Mrs. McKinney, 64, 300 Willow Spring Road, had won many awards, including the Papal Cross from Pope Paul VI for service to the Catholic Church.

She was a member of St. Luke Catholic Church.

She was named "Woman of the Year" in 1962 by Theta Sigma Phi, national fraternity for women in journalism, and received the B'nai B'rith Isadore Feibelman Foundation award the same year.

In 1965 she received the distinguished Citizen of the Year award of the Indiana district of the American Legion.

An Indianapolis native, she was the daughter of Frank and Catherin Warner. She attended Sacred Heart Elementary School and Sacred Heart High School.

She married McKinney in 1932. During World War II, they lived in Washington while he served in the Army.

Mr. and Mrs. McKinney were co-chairmen of the Mayor's Breakfast of the "500" Festival in 1958. The next year she was a co-chairman of the governor's reception and invitational ball.

Later named a festival vice-president, she was elected president in 1961 for the 1962 festival, and was elected chairman of the board of directors for the 1963 festival.

She was first chairman of the women's division of the Marion County Tuberculosis Association's Christmas Seal campaign in 1964, and was the campaign chairman the next year.

In 1966 she was on the program committee of the World Monetary Conference of the American Bankers Association.

She received the Papal Cross in January, 1967.

Besides the tuberculosis association, she also had been active in campaigns for the United Fund, Heart Fund, Cancer Fund, American Red Cross and the Indianapolis Chamber of Commerce.

She also served on the Clowes Hall Women's Committee, for the 1963 Gold and White Symphony Ball, as active honorary chairman of the St. Vincent Hospital Guild cobalt drive, and was co-chairman of the first two formal fund dinners for the St. Mary's Child Center, a school for retarded children.

Active in St. Luke's Catholic School Mother's Club and the mothers' clubs of other schools, she was a past president of the Proctor Club, oldest Catholic literary society in Indiana.

Surviving, besides the husband, are a son, Frank e. McKinney Jr; two daughters, Mrs. Claire Clark and Miss Kathleen McKinney, all of Indianapolis, and 10 grandchildren.

Friends may call at the Feeney-Kirby Mortuary between 2 p.m. and 9 p.m. Friday.

Contributions may be made to St. Mary's Center for Retarded Children or to the Salvation Army.

b. circa 1839
David Woodward was born circa 1839 at NY.1 He married Rebecca Edwards, daughter of Henry Edwards and Lydia Holcombe, say 1877.1

Children of Rachel (?) and Obed Holcombe