Charlie, a lifelong resident of Wells was born on Feb. 1, 1923, the son of Sanford and Grace (VanGuilder) Holcomb.

For years, Charlie worked in local slate quarries. In 1968, Charlie started his own construction business. In 1974, he and his son Charles, joined together in this very successful partnership.

Charlie was a member of the Modern Woodman of America.

A funeral service will be held on Thursday, July 7, 2005, at 11 a.m. at Robert M. King Funeral Home, 23 Church St., Granville, with the Rev. Alexander Stringer officiating.

In lieu of flowers, memorial contributions may be made to the Granville Rescue Squad, P.O. Box 153, Granville, NY 12832.

Parkes was a memberof the State Legislature in 1857. 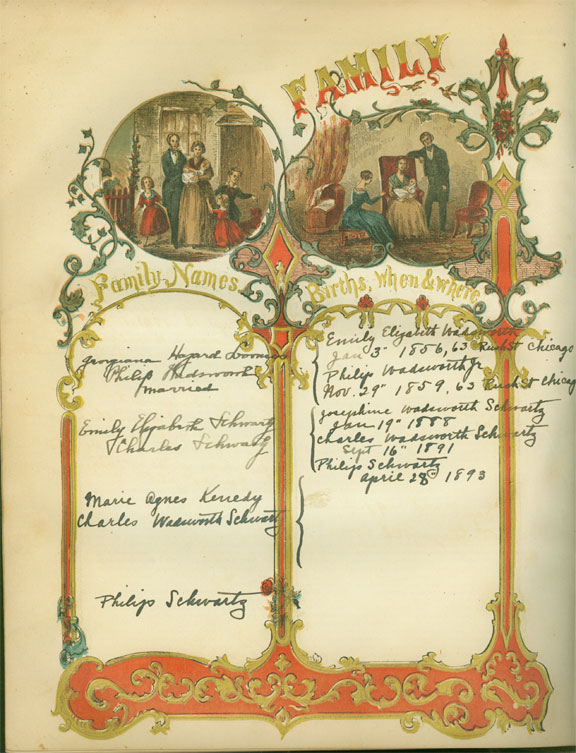 
Philip and Georgianna were eumerated in the 1900 Suffield, Hartford Co., CT, federal census, ed 222. They were in the household of daughter, widow Emily W. Schwartz. Philip was 68, she was 65. Emily was the only surviving child. 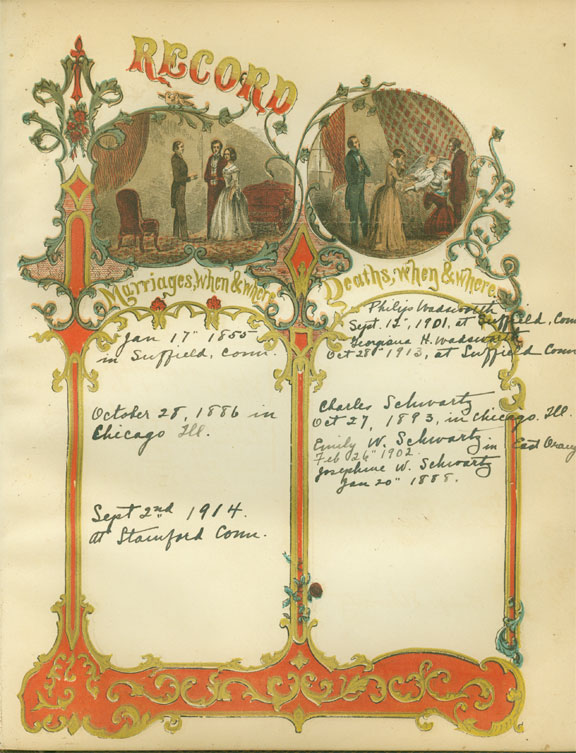 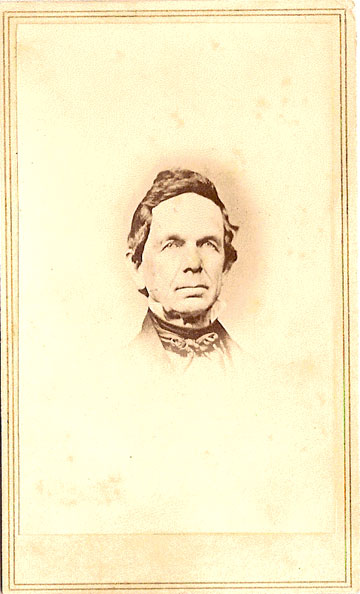 Widow Emily was enumerated in the 1900 Suffield, Hartford Co., CT, federal census. She was a widow, age 43. There were two children in the household, Charles W. 8, and Philip 7.

Child of Mary (?) and Stephen Hopkins

Clement Soule was the son of Latten Soule.

Latten Soule was the son of Nathen Soule.

Nathen Soule was the son of George Soule.

George Soule was the son of Nathen Soule.

Nathen Soule was the son of George Soule.

b. circa 1847
Frank Soule was born circa 1847 at CT.1 He was the son of Henry Birdsall Soule and Caroline Augusta White.

Frank Richard Soule was the son of Frank Soule.

Mary Elizabeth Soule was the daughter of Frank Richard Soule.

Arthur and Myrtle were enumerated in the 1930 Coloma, Whiteside Co., IL, federal census. He was a railroad worker, 38; she was 34. The only child in the household was Irene, 8.


The body rests at the Melvin funeral Home where friends may call after Thursday noon. Funeral rites will be conducted at 2 p.m. Saturday in the funeral home by Rev. Harry E. Shifter of Rock Falls Christian Church.


Mrs. Langford was born Feb. 24, 1896 in Amboy, the daughter of Linus and Abbie Holcomb. She was united in marriage with Arthur Langford Nov. 11, 1920 at Clinton, Ia. Surviving are her husband and one daughter, Mrs. Charles (Irene) Love of Sterling, three grand children, Judith, Jerry, and Kathy Love, Sterling; three sisters and five brothers: Mrs. Bertha McNinch, Mrs. Jeanette Bell and Gerald, Harold and Walter Holcomb of Rock Falls, Mrs. Nora Bonnell of Shannon, Richard Holcomb of Winthrop Harbor, and Linus Holcomb of Waukegan. She was preceeded in death by her parents, three sisters and one brother.


Mrs. Langford was a member of the Baptist Church.


Elmer died from a ruptured spleen after a silo collapsed on him. He may have served in the Army during World War I. He was a tall, handsome young man, a few inches taller than his father who had been 6'1" in his youth. After his death the children were adopted-out and lost track with the rest of the family until nearly 70 years later.


Carrie had Margaret, Carol, and Clifford Ennis in her subsequent marriage.

Linus and Clara were enumerated in the 1930 Shields, Lake Co., IL, federal census. He was a machinist in a hardware foundry, age 30, she was 22. The only child in the household was Betty M. 3.


Bud and Clare were devout Jehovah's Witnesses and lived for many years in Winthrop Harbor. 2

Sherman and Abbie were enumerated in the 1930 LaMoille, Bureau Co., IL. He was a farm laborer age 34, she was 29. Children in the household were Grace 8, Dorothy 6, Raymond 3, and Eleanor.

Gerald and Myrtle were enumerated in the 1930 Shields, Lake Co., IL, federal census. He was an asbestos laborer, age 27, she was 24. The only child in the household was Ellen 1 year 3 months.

Child of Bertha May Holcombe and Kenneth Paul McNinch

Irving and Janett were enumerated in the 1930 Hume, Whiteside Co., IL, federal census. He was a farm laborer age 33, she was 23. Children in the household were Chas 3, Bertha 1 year 6 months, and Alberta 4 monthhs.

Funeral services will be held at 1:30 pm on Thursday at the Melvin-Schilling Funeral Home, Sterling, with the Rev. James Werner, pastor of the Rock Falls Congregational Church, officiating. Burial will be in the IOOF Cemetery, Rock Falls. visitation will be held on Thursday from noon til the hour of services.

Richard Holcomb was born on Aug. 6, 1909 in Amboy, the son of Linus and Abbie Lair Holcomb. He was employed as a welder prior to his retirement for the John Mansville Manufacturing Company, Waukegan.