b. circa 1864
Lillian Alderman was born circa 1864 at OH.1,2 She was the daughter of Warham Jarvis Alderman and Mary Alderman.1 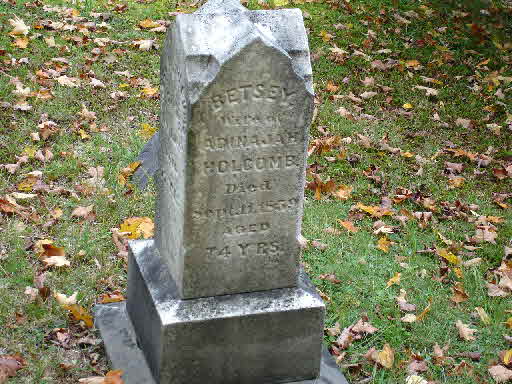 Edwin is recorded in the 1850 census of Wethersfield, Hartford Co., Ct, as a day laborer.

b. 5 January 1817
Chloe I. Holcombe was born on 5 January 1817 at Granby, Hartford Co., CT. She was the daughter of Adonijah Holcombe II and Betsey Hillyer.

b. 15 June 1838
Anna Elizabeth Holcombe was born on 15 June 1838 at CT. She was the daughter of Edwin Holcombe and Azubah Helding. 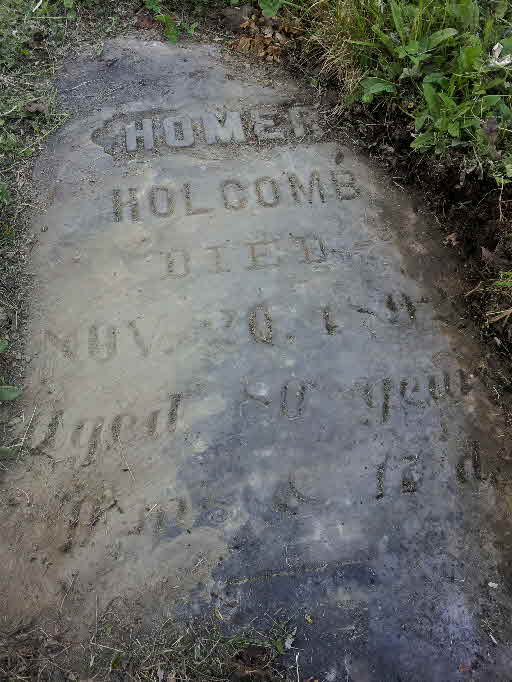 
Homer and Betsy were enumerated in the 1870 Colesville, Broome Co., NY, federal census. He was a farmer age 58, she was 51. Children in the household were Nathaniel 16, Smith 26, and Betsey A. 5 (apparently daughter of Smith whose first wife had apparently died at this point).

Homer was enumerated in the 1880 Colesville, Broome Co., NY, federal census. He was a farmer age 68. Also in the household were son Nathaniel Alanson 26 and his wife Jennie 26, and grandchildren (listed as nieces and nephews) Minnie 8, Smith 7, Ora 5, and Anga 2.

Irmi and Elizabeth were enumerated in the 1850 census of Colesville, Broome Co., NY, page 31; he was a farmer age age 36; she was 31. Sisters Chloe and Pamelia were also in the household. Andrew and Louisa were both listed as 10, Seba was 4.

b. 1817
Fidelia Holcombe was born in 1817 at CT. She was the daughter of Nathaniel Holcombe VII and Thankful Holcombe.

Lewis and Fidelia were enumerated in the 1880 Fenton, Broome Co., NY, federal census. He was 54, she was 61. The only other person in the household was Pamelia Holcombe, age 59.

b. 1 December 1819
Pameal is recorded in the 1850 census of Colesville, Brome Co., NY living in the home of her brother, Imri. Pamelia Holcombe was born on 1 December 1819 at NY. She was the daughter of Nathaniel Holcombe VII and Thankful Holcombe. 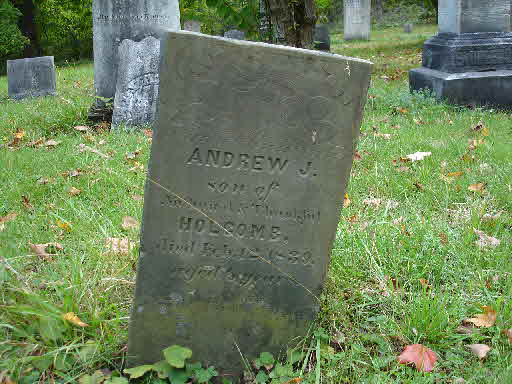 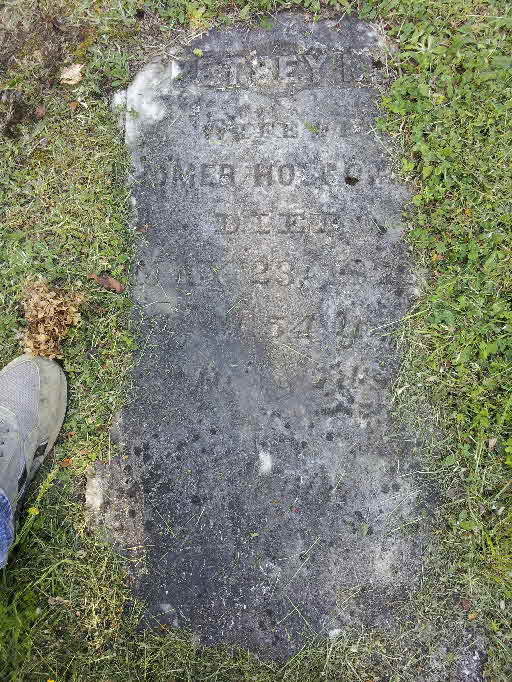 b. circa 1780
Heman Gillett was born circa 1780 at Granby, Hartford Co., CT.1 He was the son of Nathan Gillett and Dorcas Holcombe.1

b. 1813
Elizabeth B. Cooley was born in 1813 at Granby, Hartford Co., CT. She was the daughter of Philetus Cooley and Polly Hinman.

Child of Elizabeth B. Cooley and Joseph Clark Burgess 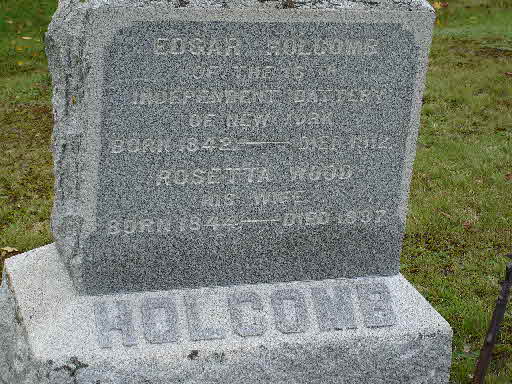 Edgar W. Holcomb aged 71 years, died at his home near Windsor, Monday, December 30th. He was a veteran of the Civil War. For the past twelve years he has been a sufferer from cancer. Mr. Holcomb was twice married; in 1866 to Rosetta Wood, and in 1898 to Ada Knott, who survives him, and has very tenderly cared for him during his long illness. Three children by his first marriage survive him; Mrs. Wm. Jewell, East Guilford; Homer Holcomb, Blodgett's Mills; George Holcomb, Harpursville; also a brother, Smith Holcomb, Tunnel. The funeral service was held at the home of his son, George D. Holcomb, Thursday, January 2nd, at 1 o'clock. Rev. E. Haner of Ouaquaga officiated with burial in the New Ohio cemetery. 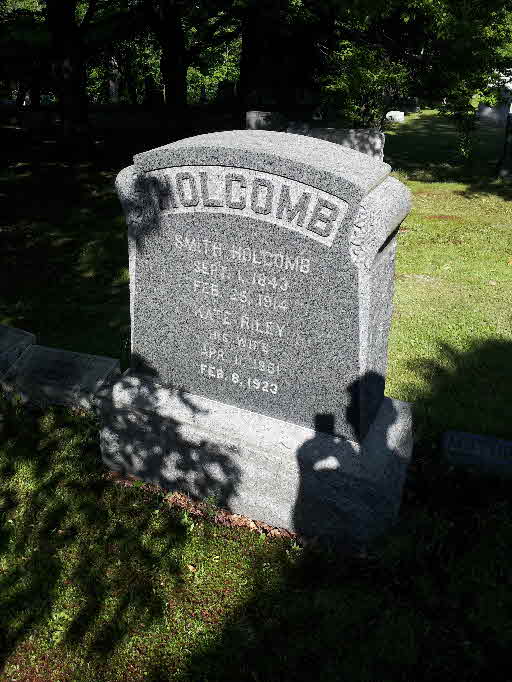 "S. G." and Catherine were enumerated in the 1880 Colesville, Broome Co., NY, federal census next to his father. He was a farmer age 37, she was 28. Children in the household were Betsey 15, and Rachel 2.

The death of Smith Holcomb, of Tunnel, a well known citizen of this town, occurred on Wednesday, February 25th, of Bright's disease. The funeral occurred on Saturday afternoon from the home, Rev. Ira L. Bronson officiating and the interment was in the New Ohio cemetery [Colesville, Broome Co., NY]. Deceased was 70 years of age, a staunch Republican and had held many offices in the town and for the past 20 years had been a justice of the peace and member of the town board. He leaves, besides his wife, one son Richard and a large circle of relatives. The floral offerings were beautiful especially the one from the members of the town board, a number of whom were present at the funeral...[MHD notation: d. 1914]

Children of Stephen Smith Holcombe and Katherine A. Riley 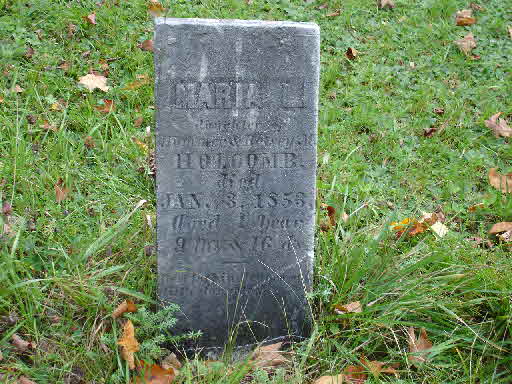 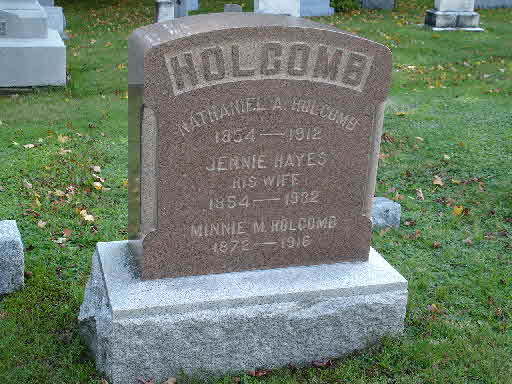 Nathaniel and Emma J. were enumerated in the 1900 Colesville, Broome Co., NY, federal census. He was a farmer age 46, she was 46. They had been married 29 years and had 6 children all still living. Children in the household were Eva 13 and Hugh 9.

"Nath" and Jennie were enumerated in the 1910 Colesville, Broome Co., NY, federal census. He was a farmer age 55, she was 55. They had been married 38 years, the first marriage for both, and had 6 children all still living. Children in the household were Minnie 36, and Hugh L. 19.

McPherson suggested another wife and son Edgar but the 1910 census confirms that they had been married 38 years and it was the only marriage for both. Nathaniel died shortly after that. It seems logical that following Nathaniel's death that Jennie married a Hayes and on her death was buried witih Nathaniel and Minnie.

N.A. Holcomb died at his home at Tunnel [Broome Co., NY], May 11, 1912, at 2 o'clock p.m. after an illness of several months. He is survived by a wife, four daughters, Mrs. Chas. Goodsell of Bakers Corners, Mrs. Geo. Christman of Sanitaria Spr., Minnie and Eva of Schenectady and two sons, Smithie of Cambridge, N.Y. and Hugh, who lives at home. Two brothers, Smith of Tunnel and Edgar of Ouaquaga. Funeral will be held Tuesday at 1 o'clock at the home of the deceased.

Louise's husband was from McHenry Co., Ill, and reputed to be wealthy. Louise Holcombe was born at Tunnell, Broome Co., NY. She was the daughter of Homer Holcombe and Betsey Maria Darrin.2

The census records do not match McPherson exactly.


Homer and Ines were enumerated in the 1910 Courtlandville, Cortland Co., NY, federal census. He was 38, married three times; she was 25, married once. Children in the household were Newton, 10, Howard 8, and Florence 4.

George D. Holcombe was the son of Edgar Wallace Holcombe and Rosetta Wood.

Possibly the George D. Holcomb, 70, of 29 Court Street, who died suddenly Saturday at the home of his son, Ralph Holcomb, in Smyrna [Chenango Co., NY]. He was born in Smithville, May 9, 1881. During his lifetime he was engaged in retail business in Norwich [Chenango Co., NY], and for about 14 years just prior to retiring he operated a milk delivery route for the Bliven Dairy. Surviving, besides the son, are his wife; a daughter, Mrs. Joseph McNeil of Norwich, and 11 grandchildren and 10 great-grandchildren. Funeral arrangements were made at the Breese Funeral Home. The funeral will be tomorrow at 1:30 p.m. at the residence, and at 2 p.m. in Emmanuel Episcopal Church. The Rev. Lloyd S. Charters, rector, will officiate. Burial will be in the New Ohio Cemetery near Tunnel [Broome Co., NY]. [MHD notation: d. June 2, 1951] There is a FindAGrave memorial 76104160 in this cemetery for a George but without any information that woud connect him to Edgar and Rosetta.