Rodney Clark was UNMARRIED. He was born on 15 October 1798. He was the son of Eber Banning Clark and Wealthy Ann Holcombe. Rodney Clark died on 28 March 1828 at Vernon, Trumbull Co., OH, at age 29.

Rhoda Clark was born on 7 December 1800. She was the daughter of Eber Banning Clark and Wealthy Ann Holcombe. Rhoda Clark married Adam Wright on 27 March 1819.

Hannah Clark was born on 9 September 1802. She was the daughter of Eber Banning Clark and Wealthy Ann Holcombe.

Sophia Clark was born on 15 September 1806. She was the daughter of Eber Banning Clark and Wealthy Ann Holcombe.

Louisa Clark was born on 5 May 1809. She was the daughter of Eber Banning Clark and Wealthy Ann Holcombe.

Eber Clark was born on 16 May 1811. He was the son of Eber Banning Clark and Wealthy Ann Holcombe.

Eliphalte Clark was born on 27 April 1813. He was the son of Eber Banning Clark and Wealthy Ann Holcombe.

Aaron Clark was born on 18 October 1818. He was the son of Eber Banning Clark and Wealthy Ann Holcombe.

Amanda Clark was born on 29 May 1819. She was the daughter of Eber Banning Clark and Wealthy Ann Holcombe.

Lived to be near 100 years and lived in Ashtabula, OH, and Michigan. Susan studied medicine in a women's society of the Western Reserve in Ohio.
5


Eli and Susanna were enumerated in the 1850 Ashtabula, Ashtabula Co., OH, federal census. He was a farmer, age 68, born in CT; she was 69, also born in CT. Children in the household were Heber age 11, born in Ohio, and Eli Jr. age 7 also born in Ohio. Is there any way these could be their children? Living in the vicinity was Peleg. Living next door was Ozras and Susan Markham; perhaps this is daughter Susan.


Eli was enumerated in the 1860 Ashtabula, Ashtabula Co., OH, federal census, reel M653-932 page 20 B. He was 77 and in the household of Ozras and Susan Markham; this is, again, perhaps his daughter Susan. 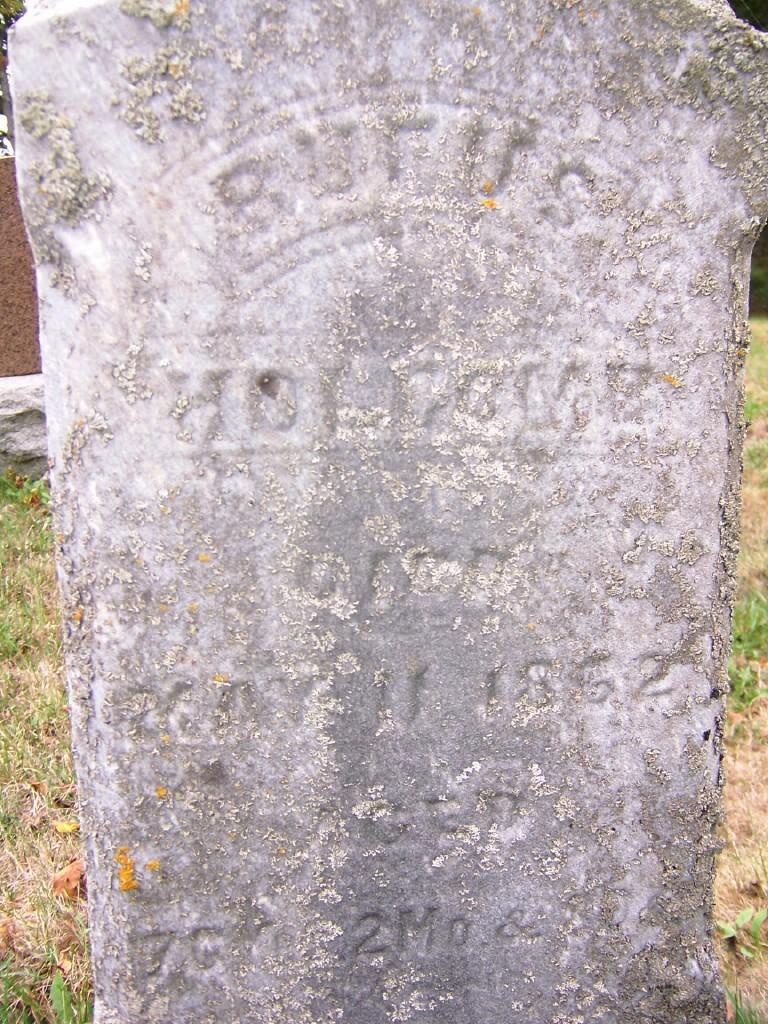 Rufus and Nancy were enumerated in the 1860 Sparta Twp., Dearborn Co., IN federal census, page 19. He was a farmer, age 74 born in CT; she was 63 bron in MA. Children in the household, all born in IN, were Nancy 26, Liddy 24, and George Gloyd age 10. The 1860 census does not indicate the relationship of George Gloyd to Rufus and Nancy.

Widow Nancy was enumerated in the 1870 Moores Hill, Sparta Twp., Dearborn Co., IN, federal census, page 32. She was 73. Children still at home were Nancy 39, Lydia 36, and Wilbur 2. Wilbur's relationship is not noted.

Widow Nancy was enumerated in the 1880 Sparta Twp., Dearborn Co., IN, federal census, ED 52, page 9. She was 84. Also in the household was Nancy 49, and Elizabeth Wheeler, 51, divorced, and Wilbur Shephard, age 12, perhaps the son of Lydia and Fred A. Shepard. Also in the dwelling was the family of Harmony(?) Dean; relationship unknown. 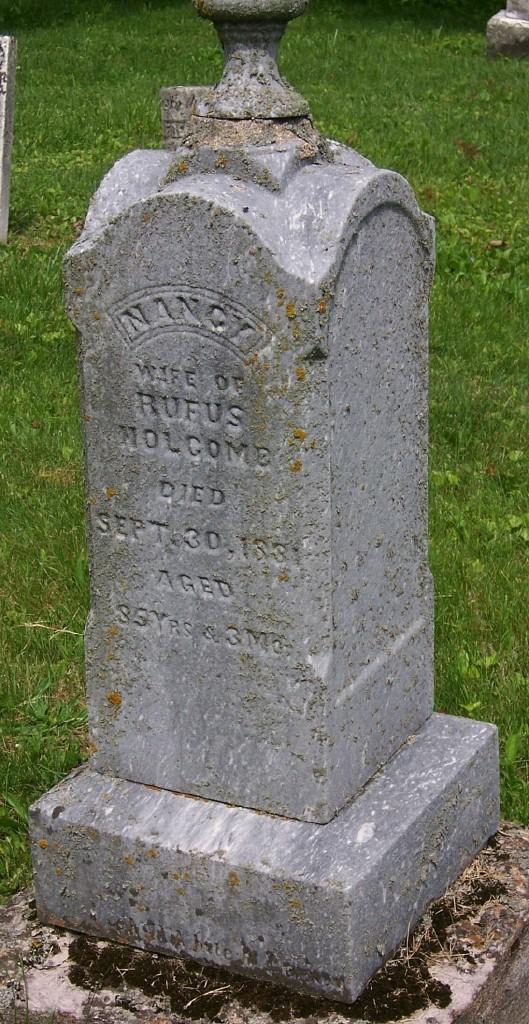 Some of the following information was provided by Wilma Jean Scripter Holcomb. 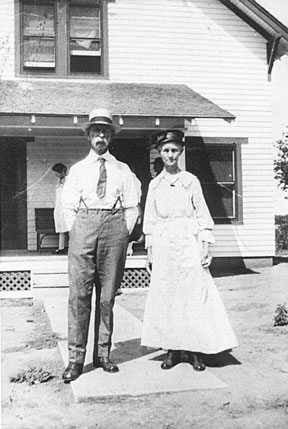 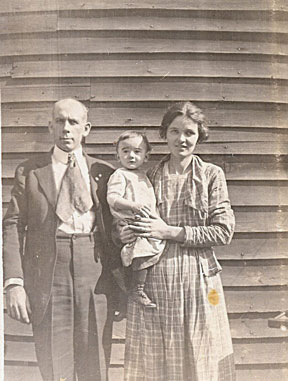 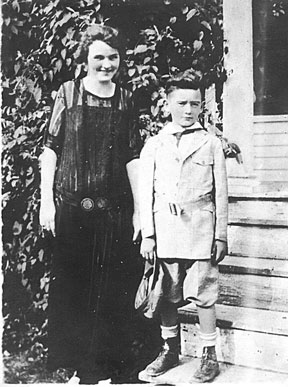 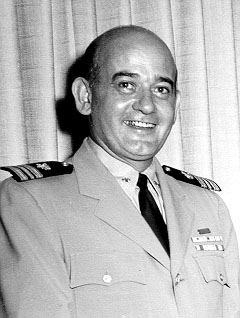 
Joe was a member of the Pearl Harbor Survivors (he and Wilma Jean both were living there on 12/7/41) He was on the USS Nevada (Battleship) which was the only ship to get underway during the Japanese attack and was later grounded on Hospital Point to keep it from getting shot and sunk at the opening to Pearl Harbor. It was tied just forward of the USS Arizona which was hit and sunk.


Wilma Jean was evacuated as she was expecting their oldest daughter and they needed all hospital space for the wounded. Wilma Jean had a 17 yr old cousin, Delbert Spencer, on the Nevada too and he was struck and blown into the burning water, died the next day in a hospital. He is buried in the Punchbowl National Cemetery, section C, near the grave of Ernie Pyle.


The Nevada was raised and sent back to the states in the same convoy in which Wilma Jean was evacuated and later went back into commission and was used in the invasion of Europe. Joe served his time in the navy, retired, we came back to Los Angeles and he worked for North American Aviation/Rocketdyne in their "Man in Space" program until he retired from that. The above company (later after he retired) became Boeing. Joe also served in Tsingtao China.


Their first daughter was 18 mo old before he ever got to see her, but the Hutchinson, KS, newspaper reported that :


New mothers and nurses lent an appreciative ear yesterday at Grace Hospital where Judy Kay Holcombe, 6 days ol, cried over the telephone for her Daddy more than 3,000 miles away at Pearl Harbor. Judy Kay's mother, Mrs. J. F. Holcombe, was waiting for the call which came at 10 O'clock in the morning, 4 1/2 hrs later than at Bishop's Point, Pearl Harbor, where Navy Warrant Officer Holcombe put in the call. Mrs Holcombe who was sent home from the Hawaiian Islands 4 months ago was wheeled into the hall to the telephone and Judy Kay was rushed up from the nursery.

First the 24 year old mother talked with the overseas operator who gave her a "Pep Talk" on what not to say. Her mother, Mrs. W. E. Scripter, Herington, almost was cut off last week when she tried to tell the new father how much the baby weighed telephoning him of Judy Kay's safe arrival. "I guess they thought she was using some kind of code" Mrs Holcombe laughingly reported today. After being admonished to speak only in English, Mrs. Holcombe and her navy husband were connected and he proceeded to use $16.56 in tolls learning what his baby looked like and hearing her yip. "She looks just like you" Mrs. Holcombe told her husband.

A nurse held Judy Kay, who was slightly grouchy from being waked in the middle of a nap, the nurse thumped her on the soles of her feet and she yowled enthusiastically. The father in Hawaii said he could hear her swell and that was about all except for goodbye. The transpacific call was not a new event for the parents though quite an innovation for young Judy Kay who had no comment to make on the experience today. "We try to talk to each other once every month" Mrs Holcombe said. "It will probably be a long time before we have a chance to see each other again"

Mrs. Holcombe said she didn't cry after the exciting call, "I did my crying months ago
when I was evacuated to the US to save hospital space for wounded military" But the young father thousands of miles away sounded close to tears after hearing his baby wail.

The baby's footprints taken at the hospital are to be sent to him. Mrs. Holcombe is living at her parent's home in Herington, Ks but came to stay with her sister, Mrs. Roy D. Young, 201 East 11th, while waiting for Judy Kay's arrival. Mr and Mrs Holcombe were high school sweethearts in Kansas and were married while he was on leave 2 1/2 years ago. He has been in the Navy seven years.

Joseph was stationed aboard the USS Kermit Roosevelt ARG-16 in Tsingtao, China 7/22/48 to 12/15/49. One of his commendations was for action on Dec 7th, Pearl Harbor and also rec'd Pearl Harbor Survivors medal. In 8/11/51 he served at the Bureau of Supply & Accts in Washington DC. He went back to the USN Ammunition Depot in Lualualei, Hawaii as Comptroller 7/3/54 to 7/25/56. He retired to the Highest Command on 4/19/94 from Wadsworth VA hospital in Hollywood, CA. He was a member of F & AM Military Order of Sojourners.