d. 14 November 1911
Ralsa Clark Rice was the son of Jacob Rice and Wealthy Ann Clark. Additional information on Ralsa was provided by Leslie Albin, AlbinEdits@aol.com, via e-mail on September 18, 1999.


Ralsa Clark Rice enlisted as a private in Co. D, 2nd Ohio Volunteer Cavalry on Aug. 17, 1861. While his unit was en route across Missouri to Fort Scott, Kansas, he became seriously ill, first with measles, then with mumps, then with bronchial constriction and on May 25, 1862, was given a surgeon's discharge. [1] He returned home to keep the books at his father-in-law's (Miles Beach's) sawmill in Vernon, OH, but reenlisted on Aug. 11, 1862, in Co. B, 125th Ohio Volunteer Infantry. [1] He was promoted through the ranks to captain of Co. D by 1865 and resigned his commission to muster out with his original unit on May 28, 1865. [1] In June 1864, he was wounded at
Kennesaw Mountain, GA, getting struck on the head by a musket ball, which stunned him but did not penetrate the skull. [1] He refused to leave the field because he was the only officer left in the company able to serve. [1] He attributed later chronic problems with hearing, concentration, memory, and pain in his head and back to the injury. [1]

After the war, he went home to Greensboro, OH, to farm. [1] He was elected auditor of Trumbull Co. in 1877 and moved with Adaline and their two children to the county seat, Warren, and lived at 34 Washington Street for the rest of their lives. [1] The house still stands. [2] (Note: The houses on the street have been renumbered, so it may be safe enough to pinpoint the house by its old address. Only serious researchers are likely to bother to find out how the old numbering system translated to the new. Or you could just simply say "lived in a house on Washington Street for the rest of their lives.")

Children of Ralsa Clark Rice and Adaline A. Beach

Children of Adaline A. Beach and Ralsa Clark Rice

Roswell Post Hayes was the son of Joel Hayes Jr. and Mary Bliss.

Newton Hayes was the son of Joel Hayes and Rebecca Post.

Rufus Hayes was the son of Joel Hayes and Rebecca Post. 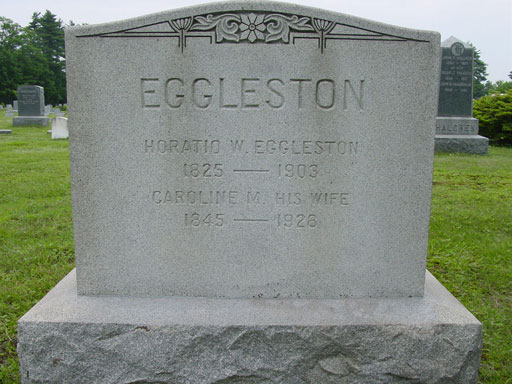 Orrin was a shoemaker and farmer.2

Lester removed with his father to Ohio, but after coming of age, returned to Connecticut, whence, in 1829 he removed to Tioga Co. NY, and in May, 1846 to Juneau, Dodge Co., Wis. He was a farmer and shoemaker.2