Adaline and Holmes Zeh were enumerated in the household of Webster D. Holcombe in the 1900 Richford, Tioga Co., NY federal census and listed as his grandparents.

b. circa 1891
Grover Holcombe was born circa 1891. He was the son of Joseph Romulus Holcombe and Rachael Elizabeth Dyer.

b. August 1879
Mary Holcombe was born in August 1879.1 She was the daughter of Timothy Milton Holcombe and Harriet Sears.1


From the Memoris of the Wilkinson Family in America, 1869, as read online":

There has been some diversity of opinion about the birth of Samuel. An article appeared in the June number, (1865) of the Heraldic Journal—published in Boston—entitled the "Wilkinson Family and Arms," by Hon. Theodore A. Neal, which states that Lawrance Wilkinson, "after having obtained special permission from Lord Fairfax, in 1652, went with his wife and son to New England." From this record it would appear that Samuel was born in England. No record of his birth is to be found in this country, and it is probable the above statement of Mr. Neal is correct, although there is some difficulty about it. Lawrance married Susannah, daughter of Christopher Smith of Providence, but we find no account of this marriage in the old records of Providence, neither do we find any account of Christopher Smith until after 1650. He appears in the list of Freemen in 1655. After a thorough and careful search of the first records kept by Roger Williams and the town clerks of his day, we find nothing to determine this matter positively, hence we are left to conjecture, that Christopher Smith came to Providence after Lawrance Wilkinson had established himself there. No record of Samuel's birth has been found anywhere, neither have we any data to determine it. The birth of his next younger sister, as given by Savage, occurred March 9, 1652. He was then in Providence.

Samuel was a Justice of the Peace for many years in the infant Colony, and his house was a common resort for young people who desired his official services in the matter of matrimony. On one page of the public records are recorded thirty-one couple sic who were married by "Capt. Samuel Wilkinson, justice" and other pages show he did a thriving business in this line, and as in the days of Noah, so in his day in the town of Providence, "They were marrying and given in marriage." These facts show the confidence reposed in him by his fellow-citizens. He was elected Deputy for Providence to the General Court, as the Legislature for Rhode Island was then called, as early as 1693, and was returned from time to time during a period of twenty years down to 1723.

George and Elizabeth were enumerated in the 1920 Richford, Tioga Co., NY fedeal census. He was an express delivery man age 54, she was 40. Children in the household were Kenneth 10 and Norman 16. Also in the household was brother Frank Rice, 46. 4

Milton and “A.” were enumerated in the 1860 Richford federal census. He was 55, she was 37. Children in the household were Timothy 14, Elizabeth 12, Orange 1, Nathaniel 20, and Elnora 16. There is a Chas. Holcomb, age 18, living next door in the household of Stephen Hill as a farm laborer.

Milton and Adaline were still in Richford for the 1880 federal census. He was 76, she was 52. Also in the household was Darius Gee 43, and Martha Gee 81. Timothy Holcombe was living nearby.

Electa Holcombe was the daughter of Rev. Asahel Holcombe and Phoebe Sweet.1 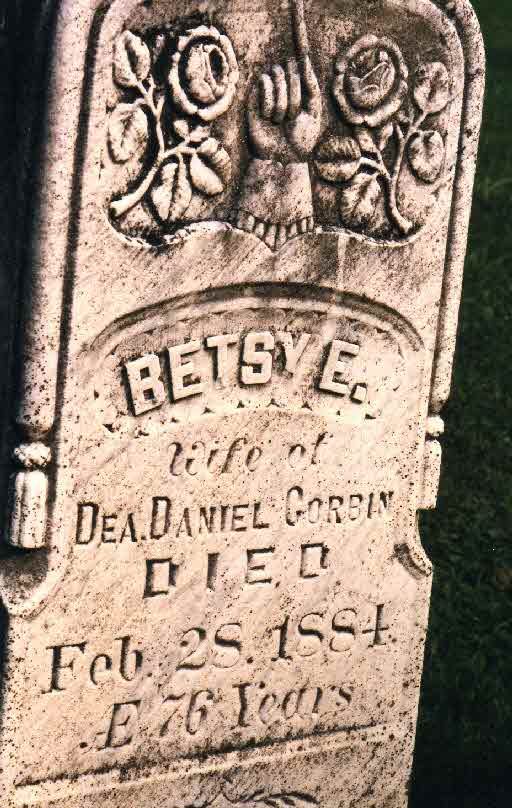 b. 1811
Anne Holcombe was born in 1811.1 She was the daughter of Rev. Asahel Holcombe and Phoebe Sweet.1 Anne Holcombe married William Burgess.1

b. 12 August 1975
Caleb Casey McGuire Affleck was born on 12 August 1975 at Falmouth, Barnstable Co., MA.1 He was the son of Timothy Byers Affleck and Christine Anne Boldt.1

On September 12, 1918, as Daniel Webster Holcomb, he registered for the draft in Tioga Co. His nearest relative was Ada Eliza Holcomb.