Dorothy Holcombe was the daughter of Artie Holcombe and Mary M. (?)

b. circa 1915
Geneva M. Roblee was born circa 1915 at NY.1 She was the daughter of Louis Hiram Roblee and Harriet W. Holcombe.1

b. circa 1906
Myrtle M. Roblee was born circa 1906 at Johnsburg, Warren Co., NY.1 She was the daughter of Louis Hiram Roblee and Harriet W. Holcombe.1 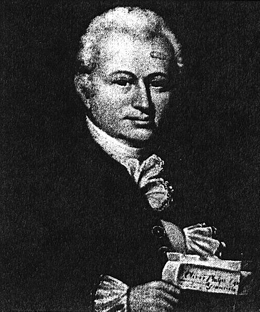 
Mr. Phelps' father died when he was about three months old, and his mother when he was about sixteen, so young Oliver came to Suffield, Connecticut, apprenticed to a local merchant and later became a tavern keeper in Granville, Mass. As Deputy Commissary of the Colonial army during the Revolution, he supplied troops and was commended by General Washington. The connections he thus established aided his efforts in forming a syndicate with Nathanial Gorham for the purpose of buying large tracts of land on speculation

At the end of the American Revolution, New York and Massachusetts compromised on their competing land claims for the frontier to their east in December 1786 by the Treaty of Hartford. The compromise was that, while New York would have sovereignty over this "Western Reserve," Massachusetts would have the "pre-emptive" right to obtain title from the Indians.

On April 1, 1788, the Massachusetts Legislature granted Phelps and Nathaniel Gorham the right to purchase pre-emptive rights to 6,144,000 acres east and west of the Genesee River. The price of the pre-emptive rights was $1 million, roughly equivalent to $20 billion in 2005. Phelps journeyed west to supervise land surveys and to arrange acceptable terms with the Senecas for the purchase of the eastern half of their lands.

A first attempt to convene a council at Geneva failed, and Phelps paid a visit to Indian Allan on the Genesee before proceeding to Buffalo Creek where a large council was convened on July 4th. A goodly number of chiefs gathered there to hear Phelps explain the nature of his claim to their lands. It was not at all clear just what he had bought from Massachusetts since the Indians considered themselves to be the rightful owners of that land. But it was somehow made evident to the chieftains that, since they had been the allies of the defeated British, and since their lands had been surrendered in the peace treaty of 1783, the tribes could only expect to retain their lands on the sufferance of the United States."

For nearly 2,600,000 acres of rich land lying between Lake Seneca and the Genesee River, Oliver Phelps offered the niggardly sum of £2,100 in New York currency! The price paid to the Indians for Manhattan Island was extravagant compared to this!"

Before he returned to New England that fall, Oliver Phelps engaged a group of surveyors to lay out townships on a rectangular pattern over all the broad estate. A site at the outlet of Canandaigua Lake was chosen for the land office and the chief town, and an order was given for the erection there of a log-house during the winter.

While Phelps and Gorham had negotiated the pre-emptive rights from Massachusetts, they still had to negotiate with the Indians who had rights to the land. They met with the Five Indian Nations (Mohawks, Oneidas, Onandagas, Cayugas, and Senecas) on July 4-8, 1788, at Buffalo Creek. They ended up a deed or treaty extinguishing the Indian claim to 2,250,000 acres

The included approximately the eastern one-third of the territory ceded to Massachusetts by the Treaty of Hartford, and begins at a point 'in the north boundary line of the State of Pennsylvania in the parallel of forty-two degrees north latitude at a point distant eighty-two miles west from the northeast corner of Pennsylvania on Delaware River.' (the Preemption Line).

This land ownership briefly made Oliver one of the largest land owners in the United States. At the time of the Western Reserve purchase, Phelps was also negotiating for land in Georgia, West Virginia and Maine.

In 1789 Phelps returned to Suffield and bought the Hatheway House where he opened one of the first land offices in America (and another in Canandaigua, N.Y.) Unfortunately, land sales did not keep pace with payments due Massachusetts for the pre-emption rights, and Gorham and Phelps could not make the first payment due in 1790. Two-thirds of the land, that portion west of the Genesee River, comprising some 3,750,000 acres, reverted to the Commonwealth.

In August 1790, the land east of the Genesee River that had not been sold—some 1,200,000 acres—was sold to Robert Morris, who had previously bought the western portion. Morris was a signer of the Declaration of Independence and financier of the American Revolution, and at the time the richest man in America.

Phelps retained extensive holdings in the infant Ontario County. He maintained an interest in its affairs — and in further land speculations. He was elected First Judge of Ontario county (1789-1793). After additional entanglements in western real estate ventures which resulted in "personal embarrassment" and, for a time, the prospect of debtor's prison, Phelps settled down to permanent residence in Canandaigua in 1802.

Although he was a founder and large stock holder in the Hartford National Bank and Trust Co., about 1800 his financial troubles became acute because of the effect of changing money values on mortgages held on the tracts of land sold, along with a depressed land market. Forced to sell his Suffield home, Phelps moved to Canandaigua, N.Y., where he built a grist mill and endowed the Canandaigua Academy with a liberal grant of 6,000 acres. Between 1803 and 1805 he served in Congress. A popular figure in the country he had opened for settlement, he was appointed the first judge of Ontario County and elected as a Democrat (i.e., a Jeffersonian Republican) with a single term in congress. He returned to Canandaigua afterwards to live out his years.

Although a man of great ability and broad vision, Oliver Phelps was ahead of his time. He tried to help settlers who could not fulfill their contracts, but he was doomed to poverty and died in 1809 in debtor’s prison.
His memory is honored in Canandaigua, where the inscription on his tombstone reads: “Enterprise, Industry, and Temperance cannot always ensure success but the first of these will be felt by Society.”.

b. circa 1914
Elizabeth E. Holcombe was born circa 1914 at Johnsburg, Warren Co., NY.1 She was the daughter of Arthur F. Holcombe and Ethel Wood.1

b. circa 1915
Muriel L. Roblee was born circa 1915 at Johnsburg, Warren Co., NY.1 She was the daughter of Louis Hiram Roblee and Harriet W. Holcombe.1

b. circa 1864
Isabell E. Holcombe was born circa 1864 at OH.1 She was the daughter of Ebenezer L. Holcombe and Agnes Askins.1

b. circa 1855
Walter Holcombe was born circa 1855 at OH. He was the son of Edward Tupper Holcombe and Elizabeth Mitchell.

b. circa 1884
Eliza Hadley was born circa 1884 at WI.1 She married Fred Burton Truman, son of William Truman and Martha Jane Child.1

b. circa 1863
Maggie Holcombe was born circa 1863 at OH.1 She was the daughter of Ebenezer L. Holcombe and Agnes Askins.1

b. circa 1831
Abigail (?) was born circa 1831. She married John Alonzo Truman, son of John Truman and Cynthia Truman.

b. 31 May 1849
Thomas Alexander Dickerson was born on 31 May 1849. He was the son of Enoch Russell Dickerson and Mehitable Holcombe.