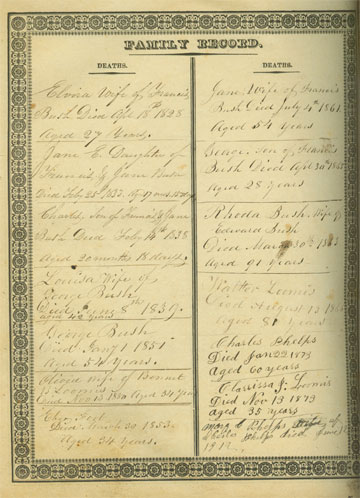 Child of Ulysses A. Wynn and Sarah Ann Cox

Child of Sarah Ann Cox and Ulysses A. Wynn 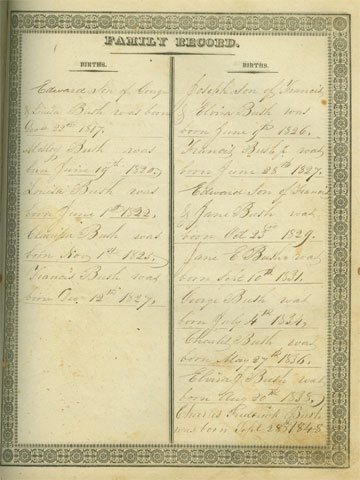 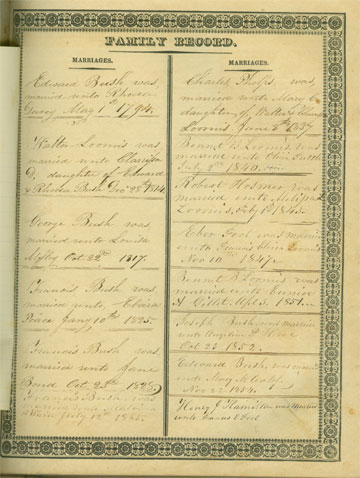 Bush - Dewey Bible
NEHGS
Edward Bush was born on 10 November 1772 at Westfield, Hampden Co., MA.1,2 He was the son of Zachariah Bush and Mary Falley. Edward Bush married Rhoda Dewey on 1 May 1794.2 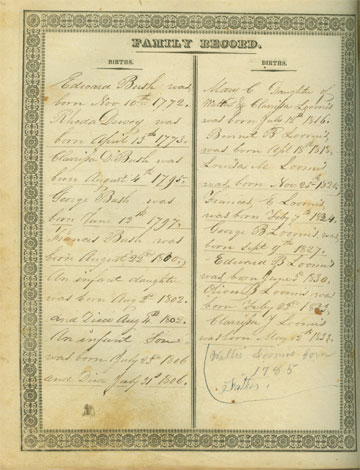 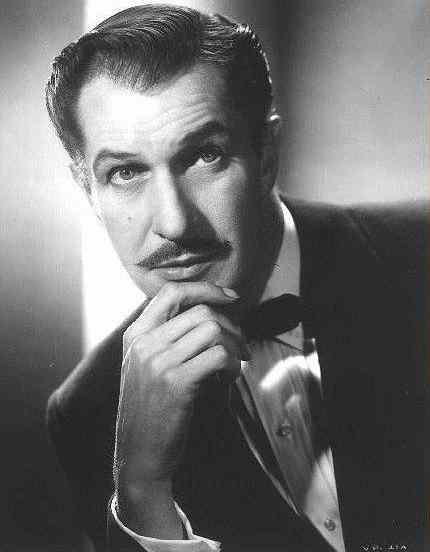 Vincent Leonard Price, Jr. was born on May 27, 1911 in St. Louis, Missouri. He was the son of parents Vincent Price, Sr. and Marguerite Willcox. He was the youngest of four children. His father was a wealthy candy factory executive, and Vincent was raised in an affluent home. From a young age he enjoyed cooking and art.

After high school, in 1929, Vincent was sent off to Yale like his father and brother before him. He graduated in 1933, and took a job at the Riverdale School in New York, teaching and helping out with odd jobs. In 1934 he decided to go back to school, and enrolled at the Courtauld Institute of the University of London. His love of theatre had been building over the past few years, and he had participated in a few bit parts. In 1935 he took a spot in the Gate Theatre's production of "Chicago." His next play was "Victoria Regina," and he did some summer stock work as well. After "Victoria Regina" wrapped up in London, the play was going to debut in New York. Price was asked to reprise his role in the stateside performances. He agreed, and returned to the US.

After "Victoria Regina's" success on Broadway, Price was offered a Hollywood contract. However, he was still new to acting and wanted to gain experience before setting off for the silver screen. He continued to do theatre work in preparation for his Hollywood debut. Meanwhile, he married actress Edith Barrett on April 23, 1938. When he felt he was ready, he went back to Hollywood and took a role in his first film, "Service De Luxe." He was touted as a heart-throb by the studio. After this success, he continued to do more theatre and film. Price's early career was not filled with campy horror films. He was an ideal, charming, funny leading man and even got press in the hunky celebrity magazines.

Vincent's first child, Vincent Barrett Price, was born on August 30, 1940. Vincent was making films in a contract with 20th Century Fox. He and wife Edith split in 1944, but reconciled in 1946. Unfortunately, things were not to work out, and the couple split for good in 1947. Meanwhile, Vincent continued his film work in movies such as "Laura" and "Up In Central Park," and had also taken up doing radio shows.

In 1949, Vincent remarried, this time to Eleanor Mary Grant. The two honeymooned in Peru, and then settled into their Los Angeles home. They decorated it with art and antiques because of Price's great love for art. In 1951, Vincent helped set up a collection of art for East Los Angeles College. It is still there today, in his name, and his family serve on the board of directors.

Price continued his movie career, squeezing in many television appearances as well. In 1953, he made the picture that is perhaps his most famous, "House of Wax." Following that film, he did others such as "The House on Haunted Hill" and "The Fly." It was from this period that Price became known for his horror movies.

In 1959, Price wrote "I Like What I Know," and auto-biography filled with lots of art appreciation content. In early 1960, he began a relationship with American International Pictures that would produce some of his best known films, such as "The Fall of the House of Usher" and "The Raven." In 1961, he was approached to join the White House Art Committee under Jackie Kennedy. He also penned another book, "The Book of Joe," inspired by his love of dogs and one of his own in particular.

Price's second child, Mary Victoria, was born on April 27, 1962. Price continued to do film, and even began a partnership with Sears department stores, creating the Vincent Price Collection of art collectibles. In 1965, he and his wife published "A Treasury of Great Recipies," highlighting Price's love of food.

Price continued to do film, television, and theatre throughout the 60's and 70's. In 1973, Mary Price filed for divorce. Vincent had fallen in love with another actress, Coral Browne, and the two married on October 24, 1974. Vincent's career continued, and in 1980 he began to host "Mystery!" for television (which he did for the next 10 years). In 1981, he narrated an animated short called "Vincent," by a young animator named Tim Burton. Burton was to later do a tribute to Price near the time of his death.

Throughout the 1980's, Price continued to be appreciated for his work on and off the screen. He also did many ads for various products including Hangman, Citibank, and Isuzu. Sadly, he was diagnosed with Parkinson's disease. His wife Coral died on May 29, 1991 of cancer, and Vincent followed her on October 25, 1993 from Parkinson's and lung cancer.

Vincent Price left quite a legacy. The Library of Congress' Manuscript Division even asked to hold Price's personal documents in their collection. He was much more than a horror actor; he was a good man, an art lover, a great cook, a writer, and a father. And he is sorely missed.