Jeremiah and Rhoda were second cousins.4 Their common ancestors were Samuel Converse (1662-1732) and Dorcas.

Robert Thomas Holcomb, 81, departed this life on September 3, 2021. He was the beloved husband of Kathryn (Burkell) Holcomb. Robert was born in New Haven, CT, on September 9, 1939, a son to the late Ernest and Margaret (O'Connor) Holcomb.

He was the owner and operator of KC Construction for almost 30 years before his son Christopher took over ownership. It was his passion to live every day of his life to the fullest. Bob was an avid hunter and fisherman and took every opportunity to partake in many clubs and activities. He was also the one of the founders of the Wallingford Wishing Well and a lifetime member of the Wallingford Elks.

Besides his wife Kathryn, Robert is survived by his sons; Robert Holcomb, Jr., Steven "Mickey" (Karyn) Holcomb, John Holcomb and Christopher Holcomb as well as his grandchildren: Steven "Mickey" Holcomb, Jr. and Jessica Holcomb and great-granddaughter, Guiliana Massella. He also leaves behind his sister, Linda D'Antonio, his best friend, Ed Ruszczyk and his lifelong friend, Vern Carlson. In addition to his parents, he is predeceased by his brothers, James, Eddie and Ernie Holcomb, Jr., his sisters, Margaret Clark and Jean Brown as well his first wife Patricia (Fennissy) Holcomb.

All friends and family are invited to attend a celebration of life and luncheon for Bob on Saturday, September 18, 2021, from 12:00 pm to 4:00 pm, at the Wallingford Elks Club, 148 S. Main Street. Interment will be private and at the convenience of the family. In Lieu of flowers, donations in Bob's name can be made to the Wallingford Wishing Well, 382 N. Cherry Street, Wallingford.

Joan (Loomis) Lund Hines, 80, beloved wife of Gerald Hines, passed away peacefully at her home in Higganum on Sunday, September 19, 2021. Joan was born in Hartford in 1941, the daughter of the late Edward and Hilma (Nilson) Loomis of Windsor. She was a graduate of Windsor High School, Class of 1959, and married her high school sweetheart, Peter Lund. In 1977, Joan moved to Higganum where she raised her family. Peter passed away suddenly in 1986. In 1997, Joan and Gerry married and spent 24 years together traveling to Florida, golfing, working outdoors in their garden, and enjoying time with their grandchildren. Joan spent many happy days sailing, knitting, cross stitching, reading, and cherished her time with her friends and family. In addition to her husband, Joan is survived by her daughter, Karie Barron and her husband Peter; her son, Craig Lund and his wife Joanne; daughter, Ruth Rossi and her husband Theodore, and son, Scott Hines and his wife Kristen; her daughter-in-law, Jane Pollio and her husband David; her grandchildren, Aaron Welling and his wife Desiree, Stefanie, Rachel, and Nicole Welling, Ryan Lund, Olivia and Cecilia Rossi, Jackson, Trevor, and Cameron Hines, Sean, Dillon, and Austin Pollio-Hines, and Ethan and Alyson Campbell; and was the proud great-grandmother to Calvin Welling. Joan is also survived by her sisters, Linda Tremble and Sharon Overbaugh; and other relatives and dear friends. Besides her parents and first husband, she was predeceased by her sons, Christopher Lund in 1995 and Eric Hines in 2004; and her brothers-in-law, David Tremble and John Overbaugh. Joan's family wishes to thank the wonderful staff of Middlesex Health and Hospice.

The Ionia County Infirmary (poor farm) burial site is located on Riverside Drive, between Ionia and Saranac. There are no headstones, but a plaque provides the names and dates.

He is possibly the son of Luther and Lorancy Chesley Holcomb in the 1870 Coldwater, Branch Co., MI, federal census.

From the Auburn Citizen, 29 Sep, 2021:
Robert C. Holcomb, 85, formerly of Schwartz Towers and Northbrook Heights, passed away Sept. 27, 2021 at The Commons on St. Anthony. Born in Auburn, NY, he was the son of the late Reynold and Josephine Craven Holcomb.

Robert was a National Guard veteran serving from 1953 to 1956 and was employed with Owens Illinois in Auburn as a forklift operator. He liked the simple things in life and often was seen around town enjoying moments with scratch off lottery tickets and a nice hot cup of McDonald's coffee.

He is survived by his daughter, Dawn (Randy) Bachman; two stepsons: Robert (Toni) and Douglas (Debbie) Considine; grandchildren: Nicholas Bachman, Christopher, Matthew, Francesca, Erin, Kaelyn Considine and spouses; two brothers: Carl (Cathy) and Donald Holcomb; and many nieces and nephews. He was predeceased by his wife, Betty Ann (Smith) Holcomb in 1997 and by two sisters, Marilyn and Doris Holcomb.

There are no calling hours or services at this time and Robert will be laid to rest alongside his wife in St. Joseph's Cemetery. Those wishing may make a contribution of your choice in his memory. Please visit www.Langhamfuneralhomellc.com to leave a condolence. 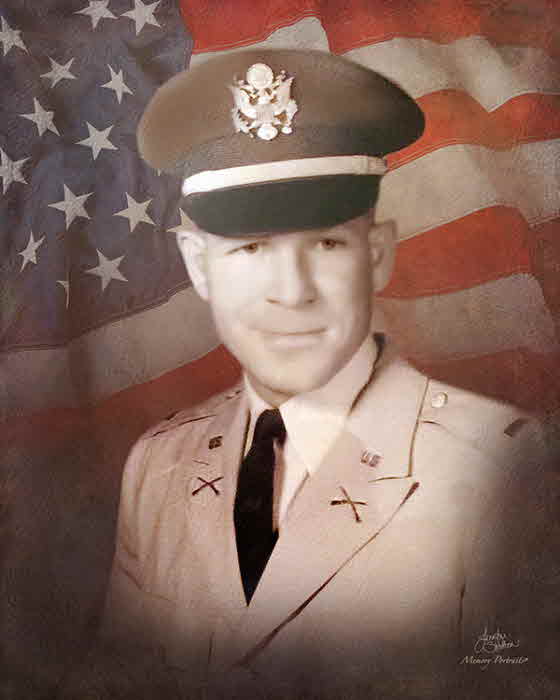 Kenneth was born in Texarkana, Texas on September 2, 1937, to John Banker and Gladys Steger. He grew up in Texarkana, attended Texas High School where he met his soon to be wife, Sandra Hicks. He married Sandra on November 25th, 1955. They had their first child, Connie, on August 20th, 1956. He joined the National Guard in 1958 and worked as a truck driver. They had their second child, Kenneth Jr. on January 2nd, 1960. He was made active duty in early 60’s and served 2 tours in Vietnam as an Army aviator. He was awarded the two Distinguished Flying Crosses, 3 Bronze Stars, one with Oak Leaf Cluster for bravery, The Air Medal with V and 39 awards of the Air Medal for combat time. Other awards he received were The Army Commendation Medal with V for Valor, The Vietnamese Cross of Gallantry with Palms, The Vietnamese Cross of gallantry with Silver Star, Vietnam Service Medal, Vietnam Campaign medal, and a Good Conduct Medal. Kenneth had his 3rd child on May 3rd, 1966. In 1973, Kenneth was released from active duty and purchased a Gulf Service Station. He retired as a Major in the United States Army. Kenneth also sold cars and RV’s during the 70’s. In 1979, Kenneth joined Mid-American Research Chemical Corp. as a sales representative, and within a few short years he was promoted to Southern Div. Sales Manager, which he held until he retired in 2010. Kenneth became Mayor of the City of Morgan’s Point Resort in 2013. Ken loved the water, he liked to fish, water ski, and he enjoyed boating. Kenneth was a Mason, Elk, and a deacon at Fellowship Baptist Church in Morgan’s Point. He was most proud of his 3 children, 6 grandchildren, and 9 great grandchildren. Kenneth loved being a father, grandfather, and great grandfather.

John Sloane Griswold, Sr. of Greenwich and Old Lyme, and Hobe Sound, FL, former Chairman of the Board of Trustees of the Children's Aid Society, and founding partner of Griswold, Heckel and Kaiser, an industrial design firm in New York, died Saturday, (July 30, 2005), at his home in Greenwich, at the age of 91. Mr. Griswold was a graduate of Yale University, class of 1937, and attended Harvard Business School before joining his family's firm, W&J Sloane, in New York City. During World War II, he managed the firm's shipbuilding contract with the U.S. Navy in Wilmington, NC, fitting out the interiors of Liberty Ships for the North Carolina Shipbuilding Company. Following the war, he enrolled at Pratt Institute in Brooklyn, NY, where he studied and later taught industrial design, before forming his own design firm, where his clients included such companies as General Motors and RCA. In addition to his professional life, Mr. Griswold served on many boards of charitable organizations, including The Boys & Girls Clubs of America, where he was recently honored with their highest national award for his 65 years of service as a national trustee. He also served on the boards of The Boys & Girls Clubs of Greenwich, Pomfret School, and International College in Beirut, Lebanon, where he served as Chairman of the Board from 1975 to 1987. An avid golfer, he was a member of The U.S. Seniors Golf Association, The Round Hill Club in Greenwich, The Jupiter Island Club in Hobe Sound, FL, The Seminole Golf Club in Juno Beach, FL, The Royal and Ancient Golf Club of St. Andrews, Scotland, and the Honorable Company of Edinburgh Golfers in East Lothian, Scotland. He was also a member of The New York Yacht Club and the Yale Club of New York. While at Yale, he was a Whiffenpoof and president of the Yale Glee Club, and throughout his life remained active with these and other choral singing organizations. He recently established two scholarships at the Yale School of Forestry and Environmental Studies. Born in Lenox, MA, he was the son of the late William E.S. Griswold, a prominent attorney with the Firm of Sullivan and Cromwell, in New York City, and the late Evelyn Sloane, whose family founded the W&J Sloane Company, of which his father was later president. Mr. Griswold was predeceased by his first wife, Anna Lauder Griswold, and is survived by their six children, S. Shelby Schavoir of Savannah, GA, Ursula G. LaMotte of Bedford, NY, John S. Griswold, Jr. of Greenwich, Evan S. Griswold of Old Lyme, Edward L. Griswold of Friday Harbor, WA, and Charles A. Griswold of Ojai, CA, in addition to 13 grandchildren and nine great grandchildren. He is also survived by his wife, MaryElla (DeeDee) Griswold and her four children, Robert S. Hinrichs of Guilford, VT, Susan Thomas of Brattleboro, VT, Sally Larson of Pinehurst, NC and Peter A. Hinrichs of Greenwich, in addition to nine stepgrandchildren. There will be a private family burial, followed by a memorial service in Greenwich in September. In lieu of flowers, donations may be made to The Children's Aid Society of New York or The Boys and Girls Clubs of America in Atlanta, GA.