Seneca and Cynthia were enumerated in the 1850 Isle LaMotte, Grand Isle Co., VT, federal census. He was a farmer age 34, she was 30. Children in the household were Preston 9, Theraina 7, Sophina 5, Ambrose 3, and Ezra 4 months.

In the 1920 census of East Granby, widow Sophronia was 71, and residing with her were daughters Elizabeth A., Chloe, and Virginia R.

Mrs. Sophronia J. Holcomb, 89, widow of Jefferson R. Holcomb, died late Sunday night at her home in East Granby. She leaves three daughters, Elizabeth A. Holcomb, Chloe C. Holcomb and Virginia R. Holcomb, all of East Granby. The funeral will be held Wednesday at 1:30 p.m. at her home, with Rev. Henry deWolf, deMauriac rector of the Tariffville Episcopal Church, officiating. Burial will be in Elmwood Cemetery, Granby.

Courant Elizabeth always lived in East Granby. She was with the Children's Aid society for many years and had retired as a teacher in the Hartford city school system. Miss Holcomb was graduated from Willimantic Normal School. She was a member of Trinity Episcopal Church in Tariffville.

Miss Florence Grace Holcomb, the daughter of the late Jefferson R. Holcomb and Mrs. Sophronia J. Holcomb, died at her home in East Granby yesterday mornng after a long illness of tuberculosis. She had been a student at the McLean Seminary, the Connecticut Literary Institution and Huntsinger's Business College. For many years previouis to her illness she was empoyed by the Traverers Insurance Company as stenographer for Major E. V. Preston, superintendent of agencies. She leaves, besides her mother, three sisters, Elizageth A., Chloe C. and Virginia R. Holcomb.

The funeral will be held tomorrow afternoon at 2 o'clock, at the residence in East Granby. Friends from Hartford orout of twon will be met at Rainbow or elsewhere on arrangement with the family. The burial will be in East Granby.

Virginia and Florence were enumerated in the 1900 Hartford, Hartford Co., CT, federal census. She was a stenographer age 27.

Virginia had taught school in East Granby and also was formerly employed at the Travelers Insurance company. She was a member of Trinity Episcopal Church in Tariffville.

John and Jannie were enumerated in the 1900 Meriden, New Haven Co., CT, federal census. He was a merchant, age 38, she was 33. Children in the household were Liane 3, and Elizabeth 11 months. The birth month given for Elizabeh differes from family information. Also in the household was mother-in-law, Chloe H. Yale, 66. 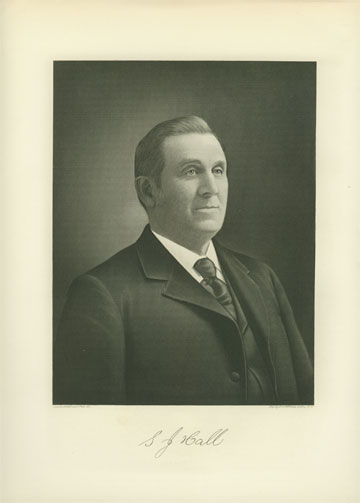 The death of Seth Jacob Hall, of Meriden, Connecticut, on May 27, 1909, removed from the scene of his busy life one of the most familiar figures and one of the most highly respected members of that community. For many generations the Hall family has occupied a prominent place in the regard of that region, since the time of John Hall, the emigrant ancestor. This John Hall was born in England in the year 1605, and was one of the expedition which accompanied the Rev. Thomas Hooker in 1633 to the New England Colony. Hooker and his followers were the founders of Connecticut, and it was to Hartford that John Hall first went on arriving in this country. He shortly after became one of the founders of Wallingford, Connecticut, where his death occurred in 1679. From this ancestor Seth Jacob Hall is descended in the direct line. Mr. Hall's parents were Sylvester and Rosetta (Johnson) Hall, of Middletown, Connecticut, where Mr. Hall, Sr., was a prominent man, taking an active part in public affairs. Sylvester Hall was a farmer by occupation, and held a number of important offices in Middletown, notably those of assessor and selectman. He was also associated with the State militia and attained the rank of captain of the Fourth Regiment of Connecticut Cavalry.

Seth Jacob Hall was born September 4, 1829, on his father's farm, near Middletown, Connecticut, and there passed his childhood and youth up to the age of twenty-one years. His schooling during this time was decidedly meager, consisting of the usual course in the local public school, supplemented by a few months' study in the private institution, known as "Moore's Select School." He enjoyed the advantage, however, of an early training on the farm, a training of a proportion of American youth, unfortunately growing smaller year by year, and which tends, perhaps more than any other, to develop a serious nature and a proper perspective in one's outlook upon life. Such a nature and such an outlook were the possession of Mr. Hall, who from his earliest years recognized the inestimable value of an education of a kind which his environment seemed unable to provide. He was not slow in seeking to supplement by private study what he was able to obtain in his schooling, and made such headway that a friend advised him to prepare himself for teaching. As circumstances compelled him to remain on the farm, where he continued doing farm work until his twenty-first year, he was unable to make this preparation at an institution. He continued his home study, however, with great industry and with this end in view, and with such excellent success that on coming of age he was able to take a position as teacher in a school near Middletown. Here for nine consecutive winters he continued to teach and established a considerable reputation in the neighborhood for his ability in that line of work. During the time he was not employed in teaching he worked in the factories of Jesse G. Baldwin and Charles Parker as a burnisher. In the year 1857 he received the offer of a position in the hardware business of Harrison W. Curtis, of Meriden, and upon accepting this came to that city which ever after remained his home. As before he had supplemented his teaching with other work, he now supplemented his new task with teaching during periods of dullness in the hardware trade. He did not remain with the Curtis concern above four years, at the end of which time, by dint of great industry and thrift, he was able to engage in an enterprise on his own account. In 1861 he accordingly established himself in a small flour business to which, as his prospects grew, he added grain and feed and finally coal. His success was never in doubt from the beginning, and he soon began to occupy a prominent place in the mercantile world of Meriden. He joined forces for a time with the firm of I. C. Lewis & Company, doing the same kind of business, but again severed the connection in 1863, since which time until his death he conducted a highly successful business independently.

From the time of his coming to Meriden Mr. Hall was always keenly alive to the opportunities afforded by investment in Meriden real estate, the growth and development of the city necessarily giving an upward tendency to all such values. He accordingly took advantage of the fact to purchase tracts of land on various occasions, until he had large and valuable holdings. Besides his personal business and interests, Mr. Hall was associated with a number of important financial concerns such as the Meriden National Bank, of which he was vice-president and a director, and the Meriden & Middle-town Turnpike Company, of which he was the president and treasurer. He also served on the board of appraisal of the City Savings Bank of Meriden.

A man of strong intelligence and energetic nature, it was a matter of course that Mr. Hall should take an active part in public affairs. He was a staunch member of the Democratic party, the local organization of which was not slow to perceive his availability as a candidate. Always a zealous champion of the people's rights, he served his fellow citizens most effectively in a number of important offices, notably as councilman, alderman, town treasurer, selectman and member of the board of relief, and the board of apportionment and taxation. In 1891 he was elected State Senator. an office in which he continued during a period of four years.

Mr. Hall's activities are not by any means enumerated fully in the fore-going. Activities which would seem amply sufficient to engage all of an average man's time and attention took up but a part of his, and he was, indeed, a participant in nearly every department of the community's life. He was deeply interested in all movements looking to the advancement and development of Meriden and took an active part in many such, especially in the realms of religion and education. He was one of the incorporators of the Meriden Hospital and served that institution as trustee and treasurer. He held these same offices in the State Reform School and for the Young Men's Christian Association, besides being a member of the building committee for the latter. Mr. Hall's religious affiliation was with the Baptist church, and he was a member of the First Church of that denomination in Meriden for many years. He was a trustee of this church and a deacon thereof for twenty years. He was very active in the work of the parish, and supported the many benevolences connected therewith. He was vice-president and a trustee of the Baptist Seaside Resort Association at Niantic, Connecticut.

Mr. Hall married, October 14, 1860, Lois Blakeslee, a native of Wallingford, Connecticut, where she was born January 24, 1833, a daughter of Silas and Esther (Buel) Blakeslee, of that place. To Mr. and Mrs. Hall have been born five children, four of whom are now living, as follows: 1. John Blakeslee, born September 6, 1861; married Jennie Holcombe Yale, a daughter of Bertrand and Chloe (Holcombe) Yale; now a resident of Meriden. 2. Judson Sylvester, born March 30, 1866. 3. Silas Blakeslee, born March 28, 1869; married, November 25, 1903, Alida Baker, a daughter of Dr. Rufus Baker, of Middletown. 4. Esther Rosetta, born July 24, 1880. Mrs. Hall survives her husband and still resides in the beautiful house erected by Mr. Hall in 1891 on East Main Street, and which is undoubtedly one of the handsomest in the city.

b. 1 July 1899
Elizabeth Yale Hall was born on 1 July 1899. She was the daughter of John Blakeslee Hall and Jennie Holcomb Yale.

Walter R. was enumerated as head of household in the 1860 East Granby, Hartford Co., CT, federal census. He was a farmer, age 19. Also in the household were JOhn Murphy, Minerva Murphy, George Murphy, Hudah Holcomb 77, and Sophronia Phelps 72. 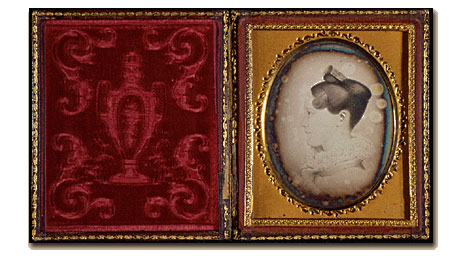 Chloe (Holcombe) Cornish
1800 - 1837
Connecticut Historical Society
Chloe Holcombe was born on 10 September 1800. She was the daughter of Joel Holcombe and Chloe Case. Chloe Holcombe died. She was buried on 26 November 1837.

Joel Cornish was the son of Virgil Cornish and Chloe Holcombe.

Dwight Cornish was the son of Virgil Cornish and Chloe Holcombe.

Joel and Fanny were enumerated in the 1870 East Granby, Hartford Co., CT federal census, page 3. Joel was a farmer, age 67, Fanny was 62, George was a clerk in the railroad depot, age 40.

Chloe Loomis was the daughter of Charles Loomis and Olive Hatch. Information on Chloe and Luther is from Amelia Morrow, amorrow@fas.harvard.edu. 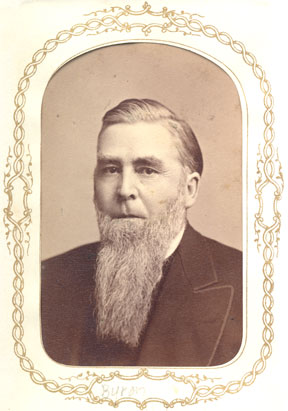