Ann Culver was born at Stockholm, NY. She was the daughter of Oliver B. Culver and Betsey Holcombe.

b. circa 1828
Laura Culver was born circa 1828 at Stockholm, NY. She was the daughter of Oliver B. Culver and Betsey Holcombe.

b. circa 1831
Edward Culver was born circa 1831 at Stockholm, NY. He was the son of Oliver B. Culver and Betsey Holcombe.

These little children were separated after their mother's death, when Lydia was six days old. Lydia was adopted by a family who went to Ohio to live, and Mary and Sarah lived with different families until their marriages. Lydia Holcombe was born on 26 November 1801 at Granby, Hartford Co., CT. She was the daughter of Micah Holcombe and Julia Smith. Lydia Holcombe died on 16 May 1825 at Stockholm, NY, at age 23.

Mary Westover was the daughter of Samuel H. Westover and Lydia Holcombe.

Sarah Westover was the daughter of Samuel H. Westover and Lydia Holcombe.

Lydia Westover was the daughter of Samuel H. Westover and Lydia Holcombe.

b. 2 July 1804, d. 22 January 1885
Additional information on Mary is from Sally J. Holcombe, 1036 Scots Lane, Walnut Creek, CA 94596-5431. Much of her information came from Julia Holcombe, an unmarried great-great aunt of Sally's husband. As each of her nieces and nephews married, they were presented with a family history -- handwritten by "Aunt Julia." Its title was Genealogy of the Holcomb, Lyon and Carey families, with notes, and extracts from letters. The copy the Sally used was briefly loaned to her by her husbands second cousin, Bonnie Holcombe Laughlin (also now deceased).

McPherson notes a marriage to Charles Lyman, but acknowledges her own error on Mary's husband two paragraphs later but does not offer correct information. Mary Holcombe married Martin Smith. Mary Holcombe was born on 2 July 1804 at Granby, Hartford Co., CT. She was the daughter of Micah Holcombe and Julia Smith. Mary Holcombe died on 22 January 1885 at Pemberton, NJ, at age 80.

Luther served in the Revolutionary War from Connecticut as a private, enlisting for a period of three years beginning May 30, 1777. Why Luther Loomis was Called Col. or Capt. Loomis in his later years in not known. As he was the proprietor of his own business, the title may have been honorary. He served in the Connecticut State Legislature from 1800-09 and was a principal stockholder in the Western Reserve Company and speculated in the Ohio country after the Revolutionary War. He and other businessmen from Suffield formed an association called the Beaver Land Company. In the spring of 1797 after a surveying party fixed the limits of Portage County, Ohio, the Beaver Land Company drew and then purchased lands in T5R8 and T5R9. 1


Luther Loomis was born well before independence so that he felt the rule of England in America. He was witness to many of the events that led to and occurred during the Revolutionary War. He was alive when political parties came into existence and saw the events leading to the War of 1812, although he never lived to see it to a conclusion. What an exciting time for a person to have lived. 1

From handwritten notes of Julia Holcombe:

Hiram and Lucinda moved from Saulisbury, VT in Feb 1836, reaching Stockholm on the 26th. Uncle Martin Smith (Julia's uncle) went for them and they brought some furniture in the sleigh besides the three grown persons and the three littel children. Two of the chairs are still in use (in 1912) and one is a little rocker in which all the six babies were rocked in their infancy. The clock they brought was the only one they ever possessed and was in constant use until 1907.


Hiram and Lucinda were enumerated in the 1880 Stockholm Depot, St. Lawrence Co., NY, federal census. He was a farmer age 71, she was 64. Granddaughter Carrie Holcomb, a teacher age 19, was also in the household.

Sarah Ellen Holcombe was the daughter of Jonas G. Holcombe and Pamela Prescott.

Mary Louise Holcombe was the daughter of Jonas G. Holcombe and Pamela Prescott.

Seraph C. Tilden was the son of Theron P. Tilden and Salucia Holcombe.

Harriet Tilden was the daughter of Theron P. Tilden and Salucia Holcombe.

Charlie C. Tilden was the son of Theron P. Tilden and Salucia Holcombe.

Edward and Martha were enumerated in the 1870 Brasher Falls, Brasher, St. Lawrence Co., NY, federal census. He was a farmer age 38, she was 32. Children in the household were Carrie E. 9, Alice 8, and Ida 1.


Edward and Susan were enumerated in the 1880 Brasher, St. Lawrence Co., NY, federal census. He was a farmer, age 48, she was 23. Children in the household were Carrie 19 and Alice 18 both school teachers, and Ida 12. 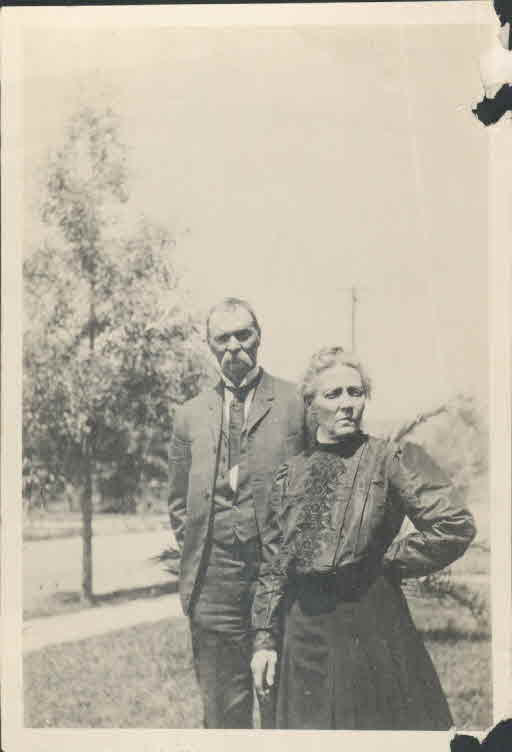 Funeral services for Mrs. C. Lucille Holcombe, who died at her home, 4611 Cimarron street, yesterday, will be conducted from the chapel of E. E. Overholtzer & Sons at 1236 South Grand avenue at 2 p.m. tomorrow. Mrs. Holcombe was 73 years of age and had been a resident of Los Angeles for the past six years. She is survived by T.T. Holcombe of San Jose, J.D. Holcombe of Globe, Ariz; Dr. J.V. Holcombe of Oakland, and Dr. H.V. Holcmbe, Jamie Holcombe and Katherine Holcombe, all of Los Angeles. Burial will be at Rosedale.

Jeremiah was actually born without a middle name. Upon his graduation from dental school, he was surprised to learn that he couldn't be given a diploma unless he provided a middle name. So, he legally assumed the middle name, "Victor".

He was a 32nd degree Mason, and he first started practicing dentistry on a buckboard wagon he took out into the then-wild San Bernardion Valley. He practiced dentistry in Oakland, CA until shortly before he died. He and Ardine first lived in Oakland, but built a beautiful home in Orinda, CA, in 1936. Ardine (or "Nana" as she was always called) lived in their home until just three years before her death at age 86. She was a lovely person who never had a harsh word for anyone.

Children of Alice Augusta Holcombe and Wright A. Smith

Samuel and Ida were enumerated in the 1900 Brasher, St.Lawrence Co., NY, federal census. He was a farmer age 34, she was 30; they had been married 11 years with 2 of three children still living. Children in the household were son Cecil S.(?) 6, and Lucinda 4.


Samuel and Anna A. were enumerated in the 1930 Brasher, St. Lawrence Co., NY, federal census. He was 52, she was 41. There were no children in the household.

Alberta Valletta Page was the daughter of Lewis Addison Page and Adelaide Holcombe.

Agnes Gertrude Page was the daughter of Lewis Addison Page and Adelaide Holcombe.

Walter Holcombe Page was the son of Lewis Addison Page and Adelaide Holcombe.

The information on Arthur's family is from information provided by Sally J. Holcombe, 1036 Scots Lane, Walnut Creek, CA 94596-5431. Much of her information came from Julia Holcombe, an unmarried great-great aunt of Sally's husband. As eachof her nieces and nephews married, they were presented with a family history -- handwritten by "Aunt Julia." its title was Genealogy of the Holcomb, Lyon and Carey families, with notes, and extracts from letters. The copy the Sally used was briefly loaned to her by her husbands second cousin, Bonnie Holcombe Laughlin (also now deceased).

from the St. Lawrence Republican Wednesday, April 6, 1910:

Massena, march 30 -- Twenty-eight years ago last summer two lads from Brasher Falls, Walter Holcomb Page and Arthur Holcomb, aged 14 and 12 years respectively, left their homes to seek their fortunes and started on a long hike to the far West. The Page lad was a son of Lewis Page, and the Holcomb boy was a son of Theron Holcomb, both well known residents of Brasher. Nothing was heard of them for several weeks when the Holcomb lad became sick in Missouri and friends there telegraphed to his parents to send him money to come home, which they did, and he arrived home a week later. Young Holcomb told of the wanderings of the two boys, how they walked until tired out, begging food when they could, finally stealing rides on freight cars. At one time they became so hungry that they stole a hen and ate the meat without cooking. This Holcomb boy is now Dr. Arthur Holcomb, a prominent physician of Crompton, Cal.

When young Holcomb came home Page refused to come and the boys parted company, Page going further West to make his fortune, saying he would not come home until he had made his "strike." From that time not a word had been heard from him and he was given up for dead.

Twenty years ago his father died leaving some property, which was left to his wife and children. Mrs. Page died about ten years ago, leaving two daughters, Agnes and Alberta, who are now living in Lowell, Mass. After the mother's death the property was sold and the proceeds divided, one share, amounting to about $1,000, being left in the hands of the county treasurer for the missing son, Walter, should he turn up before the statutory time elapsed, otherwise the money to revert to his sisters.

About a month ago Postmaster b. A. Babcock, of Brasher Falls, received a letter addressed "Postmaster, Brazier Falls, N.Y.," written by a woman and signed "Walter Page," from Tonopah, Nev., asking for information as to his family. Mr. Babcock was suspicious because the name of Brasher was wrongly spelled and he knew Walter Page would know how to spell the name of his native town correctly, so he wrote for further information. A couple of weeks later he received another letter from Page, giving information which only a native of the place could give, also names of persons living there at the time and reciting events that happened at that time, so that Mr. Babcock was convinced that it was really Walter Page who was writing, then he gave him the information asked for and the addresses of his sisters.

The sisters are delighted to find that their brother is alive and now Walter is coming East this spring and his sisters will meet him at the old home. If they are then satisfied as to his identity they will renounce all claims to the money deposited with the county treasurer and the long lost brother will receive his share of his father's estate.