The wife/wives of John Jay Holcombe (1842-1904) are confusing. Records show another possible wife, Jane E. Close (1841-1919) who may have had six or more children with John Jay. However, Julia's death certificate is witnessed by "J. J. Holcomb" and her name is listed as "Julia A. Bolard" and her father "Frederick Bolard" is listed. Based on the dates of birth of John Jay's children, perhaps Julia was a first wife, married before 1862, and Jane is the second, married before 1866 when her first child was born. There are no marriage records that cllear this up.

Child of Julia A. Bolard and John Jay Holcombe

Barbara was a graduate of Villa Maria Academy in 1949 and the School of Nursing at State University of New York in Buffalo, NY. She worked at Battersby Convalescent Center and as a private duty nurse. Barbara was a member of Luther Memorial Church and formerly of St. John's Lutheran Church. She was also a member of Women of ELCA and Tuesday Circle at Luther Memorial Church and was formerly an assisting minister and communion assistant. Barbara is a veteran of the US Air Force.

She is survived by several cousins; her friends and caregivers, Pat, Betty and Linda; and her church family.

Friends are welcome to attend a Memorial Service at Luther Memorial Church, on Friday at 11 am, conducted by Rev. Karen Lundwall. Inurnment will follow at the church columbarium. Arrangements are being handled by the Dusckas Funeral Home and Cremation Services, Inc. Memorial contributions may be made to Luther Memorial Church, 225 West 10th Street, Erie, PA 16501. 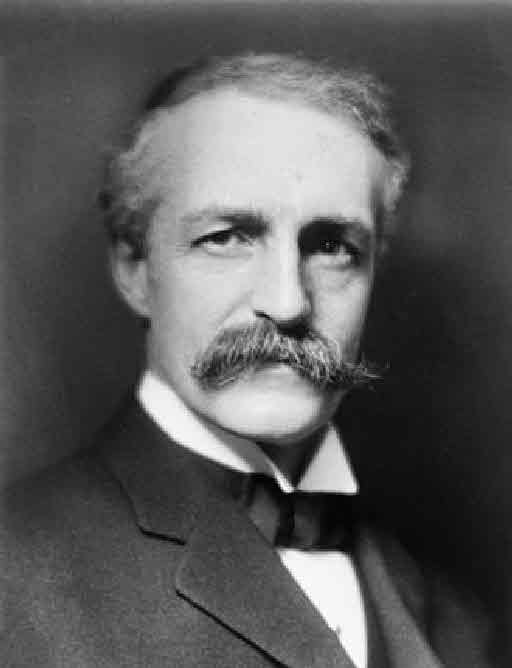 He was born in what is now known as the Amos Eno House, 731 Hopmeadow Street. Built in 1822 by Gifford Pinchot's great-grandfather Elisha Phelps, it was passed down to Amos Richards Eno, Pinchot's maternal grandfather, who used it as a summer residence. It is on the National Register of Historic Places. Portions of the house were built by David Phelps as early as 1711; it was expanded in 1771 by Elisha Phelps. Following the death of Elisha's widow, it passed to Gifford Pinchot's great-great grandfather, Noah Phelps. It remained in the Phelps family until 1962.

After graduating from Phillips Exeter Academy, in 1885 Gifford entered Yale, where he was a member of Skull and Bones, played on the football team, and volunteered with the YMCA. After graduating in 1889, he traveled to Europe and studied at the French National School of Forestry in Nancy.

From early 1892 until 1895 he Pinchot managed the forests at the Biltmore Estate in Asheville, North Carolina, the summer residence of George Washington Vanderbilt II and his family. In 1896, he toured the American West with the National Forest Commission but disagreed with the Commission's final report. That report called for restricting U.S. forest reserves from any commercial use, while Pinchot favored creation of a professional forestry service to oversee limited commercial activity.

In 1897, Pinchot became a special forest agent for the United States Department of the Interior, and the following year he was appointed by President William McKinley to head of the United States Department of Agriculture's division of forestry. In 1900, he established the society of American Foresters, and that year his parents endowed a two-year graduate-level School of Forestry at Yale University, now known as the Forest School at the Yale School of the Environment.

When President McKinley was assassinated in September 1901, vice President Theodore Roosevelt became President. Among his progressive reforms were the establishment of national parks, monuments, and forests. When Congress created the United States Forest Service in 1905, Pinchot was appointed as its first head. Unlike his contemporary John Muir, Pinchot opposed preservation simply for the sake of wilderness. Instead, his position was that the government's role was to provide for planned use, scientific management, and controlled, profitable use of forest and other natural resources. He faced opposition from forest preservationists like Muir, timber companies; and ranchers, who opposed regulation of livestock grazing on public lands.

William Howard Taft became President in 1909. More conservative than Roosevelt, he appointed Richard A. Ballinnger as Secretary of teh Interior. Gifford Pinchot became concerned about Ballinger's positins on waterpower and Alaska's coal fields, which he perceived as favoring commercial exploitation of the nation's natural resources. In January 1910 he sent an open letter to Senator Jonathan P. Dolliver criticizing Ballinger--and indirectly President Taft. Senator Dolliver read the letter into the Congressional Record; Pinchot was promptly fired. After leaving office, he let the National Conservation Association (NCA), which he had helped found the previous year. although tghe NCA ceased operations in 1923 after never attracting the membership levels Pinchot had hoped for, its efforts did impact conservation-related legislation. 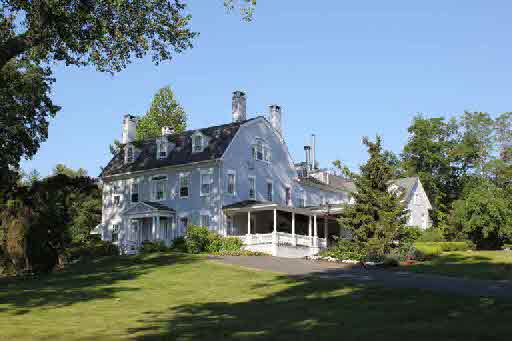 
Although he had previously served two terms, frustrated with Taft's policies, Theodore Roosevelt attempted to win the Republican presidential nomination in 1912. When that effort failed, he founded the Progressive ("Bull Moose") Party, which nominated him for president. Gifford Pinchot was an early supporter of the new party and campaigned extensively for Roosevelt, but both Roosevelt and Taft, the Republican candidate, were defeated by Democrat Woodrow Wilson.

After Roosevelt's defeat, Pinchot continued building the Progressive Party in Pennsylvania, and he ran unsuccessfully as the Progressive nominee for a U.S. Senate seat in 1914. After Roosevelt chose not to run for President in 1916, the Progressive Party collapsed. Pinchot rejoined the Republicans and supported Warren G. Harding in the 1920 election. He did not receive a position in Harding's administration but was appointed chair of the Pennsylvania forest Commission. In that capacity he obtained a significant budget increase from the legislature, decentralized the commission's administration, and replaced numerous political appointees with professional foresters.

Pinchot narrowly won Pennsylvania's three-candidate republican gubernatorial primary in 1922 and went on to win the general election. He ultimately served as Governor of Pennsylvania from 1923 to 1927 and from 1931 to a935. In his first term he reorganized state government, implemented a state retirement system, and a pension plan for other Pennsylvanians, and worked to regulate electric companies and improve care for disabled and mentally ill residents. During his second term he established the nation's first environmental protection agency and upgraded 20,000 miles of rural roads to provide unemployment relief and to "get the farmer out of the mud."

Pinchot ran unsuccessfully for the Republican senate nomination in 1934 and governor in 1938. Even as a private citizen, he worked to prevent the transfer of the Forest Service to the Department of the Interior. He also published new editions of his forestry manual and worked on his autobiography, Breaking New Ground, published posthumously during and after World War II, he advocated for conservation as part of the United Nations mission. 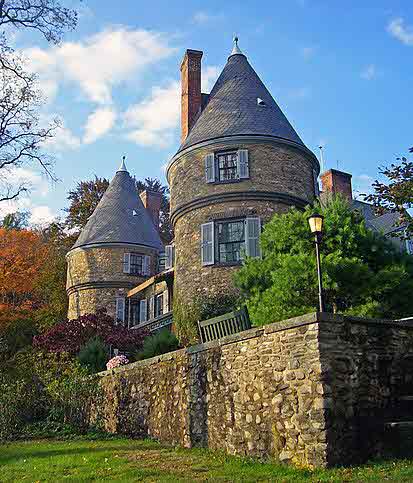 
In 1875, Gifford's father retired after a successful career in the wallpaper business and moved his family from New York City back to Milford, where he had grown up. He bought 3,000 acres (1,200 ha) of land overlooking the Delaware in Dingman Township, just outside the borough. There, James Pinchot's primary endeavor was planning and designing Grey Towers and the land around it. At first, he developed the land along lines of the ornamental farm advocated by Andrew Jackson Downing. The original drive up the hill was meant to show off his orchards. The mansion itself is a three-story L-shaped fieldstone chateau. Conical roofed towers at three of the corners give the property its name. A service wing juts out from the fourth corner.

James Pinchot died in 1908, and his wife, Mary, died three days after Gifford married Cornelia Bryce in August 1914. He and his brother Amos split the estate, with Amos taking the half on which a small forester's cabin was the main dwelling and Gifford taking the house. The couple began spending their summers at Grey Towers. She realized that his developing political career, and hers (she ran for Congress three times), required a residence more suited to entertaining guests than it had originally been intended to be, and set about modernizing the house. After his mother died in 1960, Gifford Bryce Pinchot donated the building to the Forest Service, as the family had planned. The agency intended to use the house as a conference center.

Thomas was the brother of a William Lommance, who died in 1540 and left a large number of descendants in the Lavenham area.1

Thomas Bliss became a founder of Hartford and Norwich, Connecticut before passing away in 1688 in Norwich. His name is marked along with several others on a lone stone obelisk in the original Norwich Founders Cemetery, erected in the nineteenth century. Thomas and Elizabeth established their home lot along Norwich’s present-day Washington Street. The Bliss, Leffingwell, Backus, and Reynolds family properties abutted each other on the land now occupied by the William W. Backus Hospital and the current intersection where Connecticut Route 2 meets Washington Street; only one of these homes, the historic Leffingwell Inn still remains, now operating as the Leffingwell House Museum. The Inn was the only home to be saved and relocated between 1957 and 1960 to allow for the Connecticut Route 2 construction.2

For several generations, the Bliss family lived and thrived on their family plot. Thomas Bliss’s son Samuel was a local merchant and conducted coastal and international trade for many years. Historian Mary Perkins highlights some interesting details regarded as dubious in the eyes of the Church. On two separate occasions, Samuel Bliss was accused of selling libations to Native Americans and his wife Ann faced a punishment too before being “restored” back into the congregation’s good graces in 1736.3

Silver Star Awarded for actions during the Vietnam War The President of the United States of America takes pride in presenting the Silver Star (Posthumously) to Private First Class Gary C. Griswold (MCSN: 2289655), United States Marine Corps, for conspicuous gallantry and intrepidity in action as an Assistant Machine Gunner with Company G, Second Battalion, Fourth Marines, THIRD Marine Division, in the Republic of Vietnam. On 14 October 1967 the battalion was assigned the mission of protecting a newly constructed bridge approximately 3000 meters south of Con Thien. The battalion came under heavy rocket and mortar attack, which was followed by a human wave assault of North Vietnamese soldiers. The enemy penetrated Company G's most forward position and was charging directly toward Private First Class Griswold's machine gun. The attack was a savage and vicious one, and the enemy had the machine gun pinpointed with heavy automatic weapons and rocket fire. With complete disregard for his own safety he exposed himself constantly while feeding ammunition to his gunner so as to deliver a heavy and accurate rate of fire on the enemy. The machine gun took a direct hit with rocket and automatic weapons fire wounding Private First Class Griswold and also putting the machine gun out of action. Although wounded, he refused to abandon his position, thus allowing other Marines of his company further time to prepare for the vicious battle yet to come. Again with complete disregard for his own personal safety he, along with this squad leader and gunner, attacked the oncoming enemy in fierce hand-to-hand combat, inflicting several casualties before he was mortally wounded by enemy automatic weapons fire. His courage, devotion to duty, and inspiring valor in the face of great personal risk were a major contribution to the success of Company G in continuing to defend its sector of the battalion perimeter. Private First Class Griswold reflected great credit upon himself and the Marine Corps, and upheld the highest traditions of the United States Naval Service. He gallantly gave his life for his country. 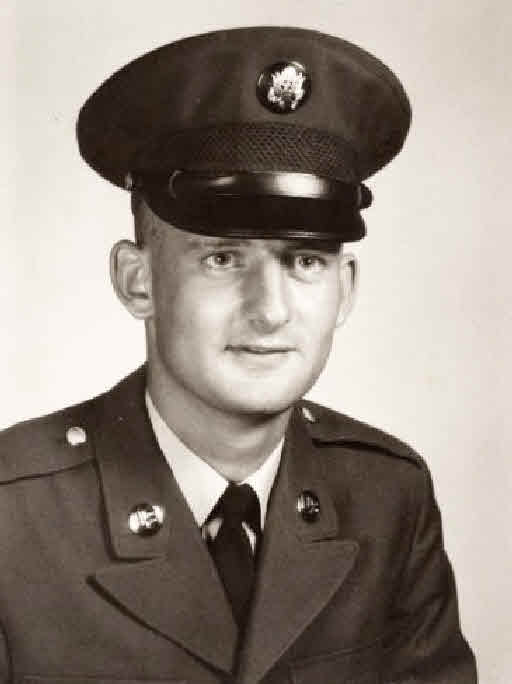 Scott served during the Vietnam War. Griswold had the rank of Warrant Officer. His military occupation or specialty was Helicopter Pilot. Attached to 1st Aviation Brigade, 170th Aviation Company. He died through hostile action in Pleiku Province, Vietnam. He is buried in the Golden Gate National Cemetery.

Child of Arthur Erastus Griswold and Nellie May Matthews

Child of Nellie May Matthews and Arthur Erastus Griswold