Mary Beall also went by the name of Molly Beall.2 She was born circa 1841 at IL.1 She married Edgar Alpheus Holcombe, son of Collins Holcombe and Sarah Hudson.1

b. circa 1866
Lewis Holcombe was born circa 1866 at NY.1 He was the son of Edgar Alpheus Holcombe and Mary Beall.1

Children of Edgar A. Holcombe and Florence Phoebe Irish

b. circa 1871
Oliver Holcombe was born circa 1871 at NY.1 He was the son of Edgar Alpheus Holcombe and Mary Beall.1

Children of Florence Phoebe Irish and Edgar A. Holcombe

Stanton was enumerated in the 1930 Minneapolis, Hennepin Co., MN, federal census. He was a lawyer, age 26, boarding in the house of Hulda Walin on Eleventh St. S.

Oliver Holcombe was born circa 1833 at NY.1 He was the son of Collins Holcombe and Sarah Hudson.1

Mary H. Holcombe was born circa 1840 at NY.1 She was the daughter of Collins Holcombe and Sarah Hudson.1

Alice F. Holcombe was born circa 1848 at NY.1 She was the daughter of Collins Holcombe and Sarah Hudson.

Joseph M. and Eva M. were enumerated in the 1930 Wythe, Elizabeth City, VA, federal census. He was a joiner in a shipyard, age 22, she was 22. Children in the household were twins Joseph E. and Edwared E, 1 year, 6 months.

Children of Eva May Fenton and Joseph Mordecai Davis 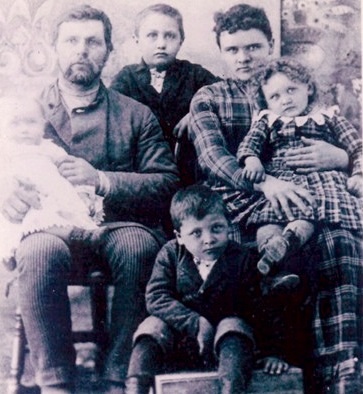 Horace and Xollie were enumerated in the 1900 Delhi, Osborne Co., KS, federal census. He was a farmer, age 48, she was 34. Children in the household were Leotus E. 15, Stella 13, Clara 11, Charles 6, Elmer 4, and Percy 2 months. Fort was enumerated in another household as a servant.

From an undated unknown newspaper obituary:

Horace Seaver Holcomb, son of Edward and Priscilla Holcomb, was born May8 1852, near Binghampton, New York, and at the age of 5 years he moved with his parents to Wisconsin, and in the year 1872, he came to Kansas. He homesteaded in Osborne County in 1873, his farm being located 12 miles northeast of Luray.

His occupation was framing and he worked early and late toiling with his hands to earn by the sweat of the brow the necessities for his family. There were lean years experienced to test the brawn of this pioneer father and husband. During the time when the older two sons were small, times were hard and the sturdy ambitious father secured work in the Ellsworth County coal mines and earned the honest wages which was directly applied to the family needs. Luxuries were an unknown quality back there. A team of oxen was the means of turning the soil and seeding the fields out of the prairie stage.

At a later time this pioneer father joined a schooner caravan traveling hazardous roads across mountains and desert to California, taking months to make the trip. The old fashioned covered wagon mode of travel moved by inches vastly in contrast to the era this man of over four score lived to learn about. The wheels of motor cars speeding where once a bare trail existed. Home was always on the Osborne County farm until 1906 a deal was made for Graham County property and later Trego County where he maintained his residence. He visited occasionally with the son near Luray and took such great interest in gardening and caring for a small vineyard. He enjoyed planting seeds and cultivating the plants to the harvest. He wanted to be useful and busy. On an average his health remained rugged but he had failed gradually and in his final illness of these past weeks, his very moments were numbered. He passed away December 24, 1939, at the home in Wakeeney at the age of 87 years, 7 months and 16 days. Surviving him are his widow, Mrs. Xollie Holcombe and the unbroken circle of sons and daughters, 31 grandchildren and 40 great grandchildren. Other relatives are a sister, Mrs. Hulda Cherry, Geneseo, Ill., and one brother, Ralph Holcomb, Lincoln, Kans. The last two of the elderly lineage.

He was a member of the Luray Masonic Lodge No. 153 A. F and A, M., being one of the first to join the order and retained this membership all through the long period numbering 45 years.

A good husband and kind father has gone to his reward. He belonged to that great army of humanity whose days on earth were lived for the cause of progress and in preparation for the richer life which he realized and acknowledged he too must some day meet, and that way he traveled when on Christmas Eve he departed this earthly life, leaving besides his loved ones, a host of friends in Wakeeney and in Luray and the Cheyenne community where he lived many years. 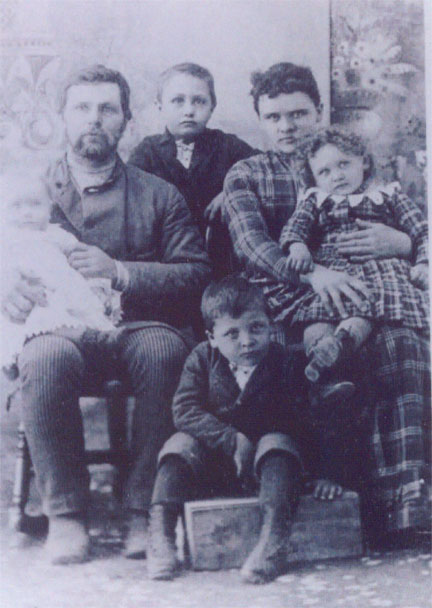 probably from the Trego Co. Newspaper, published in either WaKeeney or Ellis, Kansas:

Trego County has been their home since 1904, they having moved to WaKeeney from a farm in 1908. Her husband preceded her in death in December 1939.

Funeral services are being held May 20 from the M. E. Church at WaKeeney. Interment is to be at WaKeeney Cemetery.

On his WWI and WWII draft registrations he listed his name as Percy Dudley Edward Holcomb but signed it Edward and E. P. Holcomb.

Ed was a millworker employed by Douglas County Lumber Co., and was a member of the IWA Local 3436 of Roseburg at the time of his death. He enjoyed gardening and always had a large vegetable garden.