John and Ivy were enumerated in the 1940 Stamford, Fairfield Co., CT, federal census. He was a college professor age 40, she was 37. Children in the household were 12 and Katherine 7. Also enumerated was mother Grace 74. 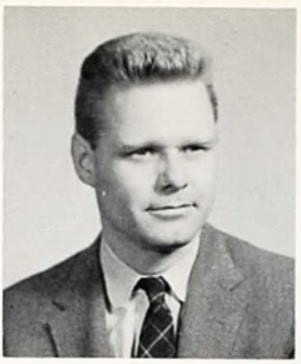 Katherine Abt, a retired city social worker who had been an author and editor, died Feb. 8 from renal failure at a daughter's home in Yardley, Pennsylvania. The former longtime Bolton Hill Resident was 88.

The former Katherine Bridge, daughter of John Bridge and his wife, Ivy Bridge, was born and raised in Stamford, Connecticut. After graduating from high school, she earned a bachelor's degree in 1954 from Radcliffe College in Cambridge, Massachusetts, which is now part of Harvard University.

She married Sam Abt, a newspaperman, and the couple eventually moved to a home on Bolton Hill where Ms. Abt. worked as a book editor. After they divorced, she and her two daughters moved to Jackson Hole, Wyoming, where she edited the local newspaper while also editing and writing for Teton magazine.

Ms. Abt and her children returned to Baltimore in 1975, and after a few attempts to rejoin the editing profession, she returned to college and earned a master's degree in early childhood development from what is now Towson University.

She worked in the day care division of the city's Department of Social Services, building and delivering programs through-out the city focused on child care and education. After President Ronald Reagan eliminated federal funding for her projects and her staff was disbanded, she took an early retirement.

Ms. Abt took full advantage of Baltimore's cultural, gastronomic and professional sports environment. She was a season-ticket holder to the Orioles and the Baltimore Symphony Orchestra, she attended concerts at the Left Bank Jazz Society and she was a member of numerous book clubs.

A gourmet cook who enjoyed entertaining and presiding over dinner parties in her Bolton Hill rowhouse she also liked dining at Little Italy and Fells Point restaurants, introducing visitors to Ikaros, The Dizz and Sip and Bite, which were among her favorites.

An opera fan, she was a Metropolitan Opera season-ticket holder, and when not in New York, she listened to Met broadcasts.

Insatiably curious and retired, she devoted herself to taking every art history, music theory and appreciation, Spanish and Italian course in the Towson University catalog, family members said. She was also an inveterate world traveler and visited Peru, China, Provence, and Alaska, and lamented that she was never able to take a mail boat through the Norwegian fjords.

Ms. Abt was lifelong Democrat, and despite postal delays, she was able to receive her 2020 presidential ballot and after standing in line was able to cast it for President Joseph R. Biden Jr.

In 2018, she moved to Yardley, where she spent her days reading t.